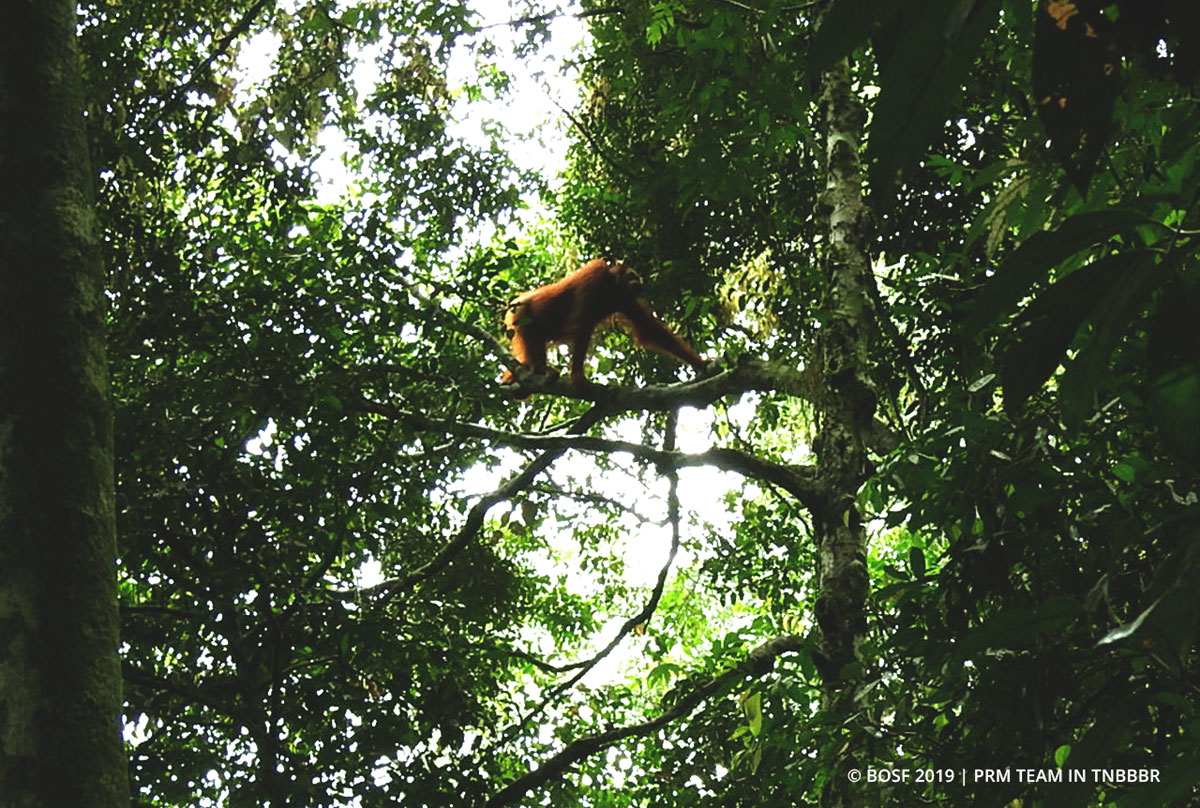 February 18, 2019 — Several weeks ago, our Post-Release Monitoring (PRM) team from the Lewun Kahio Monitoring Post, in the Bukit Baka Bukit Raya National Park (TNBBBR), observed three released orangutans during routine patrols of the forest: Dara, Awa, and Ewa, who were all released to the TNBBBR in August 2016.

One of our patrol groups came across Dara in the transect 90 area, which takes a 15-minute boat ride and 2-hour hike to reach. The young female was enjoying fruits high up in the canopy, and seemed to be totally unperturbed by our presence. Over a four-hour period of observation, the team witnessed Dara move through the trees and consume a large amount of forest food, including rattan shoots and ficus fruits. Unfortunately, the team had to cut observations short and head back to camp because of sudden rainfall, and the telemmetry equipment running low on power: In order to prolong battery life, the transmitter has been set to work only during specific hours (8 a.m. – 3 p.m.). 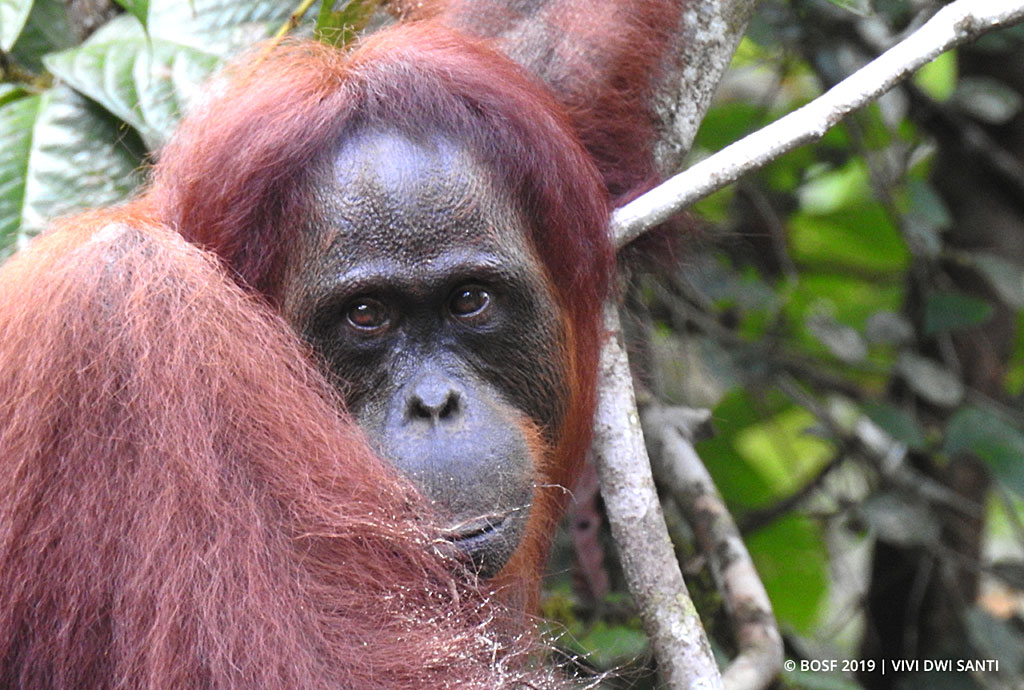 On the same day, our other patrol group located Ewa in an area known as ‘Karangan Sepan’. Ewa was released to the TNBBBR together with her mother, Awa, when she was almost eight years old. Shortly after her release, Ewa moved away from her mother to explore the forest and live independently. Now, almost two-and-a-half years since her release, Ewa was seen moving actively through the trees and appeared to be in good health, eating a large volume of natural food. In addition to playing and exploring, Ewa was observed socializing with two other females, Susi and Sincan, who were also released in 2016. 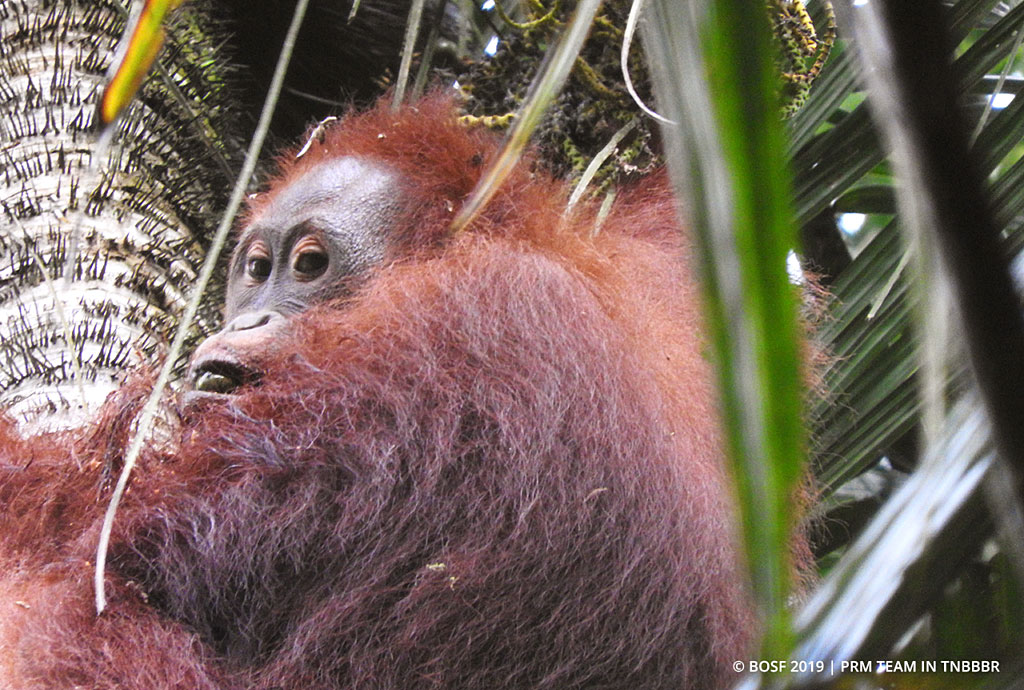 Our PRM team’s luck did not end there. After finding Ewa, the team then encountered Awa, Ewa’s mother, a few days later. Awa had not been monitored for quite a while, and the team gladly took the time to observe her. She was seen eating a large amount of ficus fruits with a female orangutan named Gurita. Awa would occasionally stop chewing and look around to make sure nothing was going to disturb her lunch. After a long day of observation, the team headed back to the monitoring post once Awa had completed her night nest and was settled in for the night. 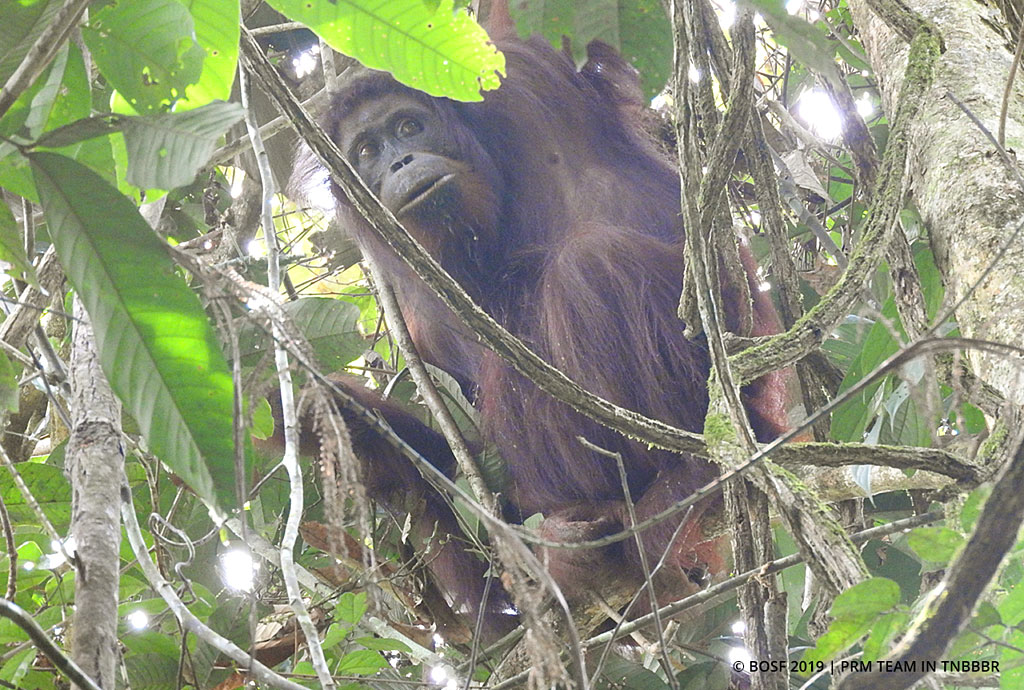