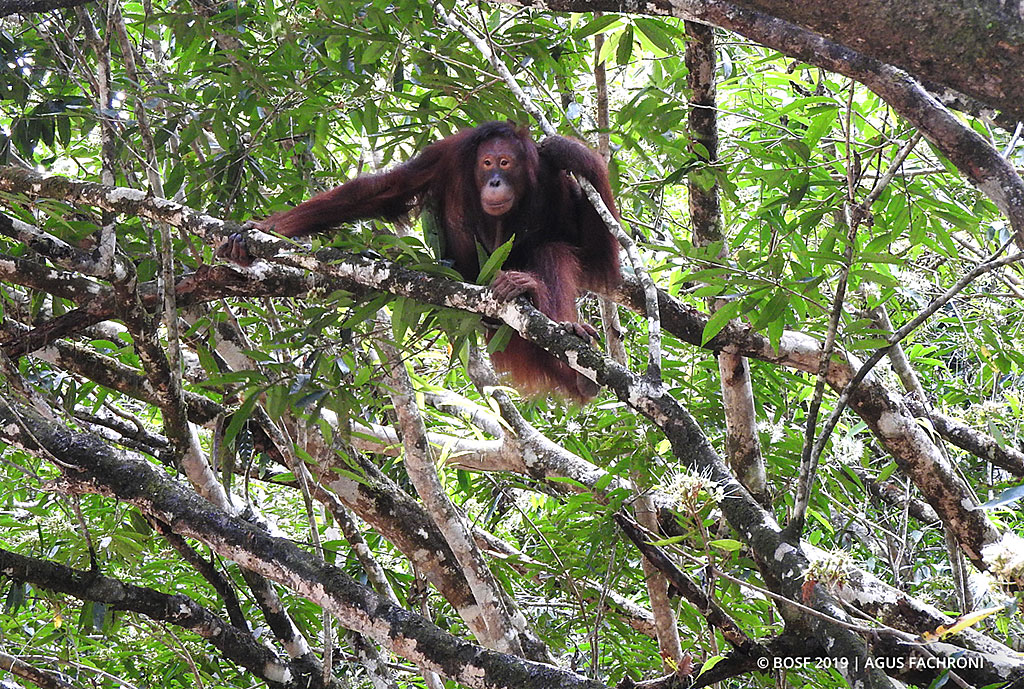 May 9, 2019 — For the past two and a half months, our Post-Release Monitoring (PRM) team from Totat Jalu Camp, in the Bukit Batikap Protection Forest, has cared for Nobri, a 15-year-old female orangutan. Nobri was housed in a holding cage at the camp in order to treat her air sacculitis; a bacterial infection of the upper and lower respiratory tract. The infection also affected her air sacs, which are vital for creating the loud, bellowing vocalisations that can be heard from orangutans throughout the forest.

Our veterinarian managed to successfully drain the build-up of fluid in Nobri’s air sacs during her initial treatment, and then performed regular treatments to flush her air sacs and return them clear.

After a few weeks in the holding cage, Nobri’s air sacs were cleared, and the wounds caused from the treatment had healed and closed on their own. However, she still needed a course of antibiotics. Unfortunately, air sacculitis can reoccur in orangutans that have already suffered with it; therefore, it is possible for Nobri’s condition to relapse. 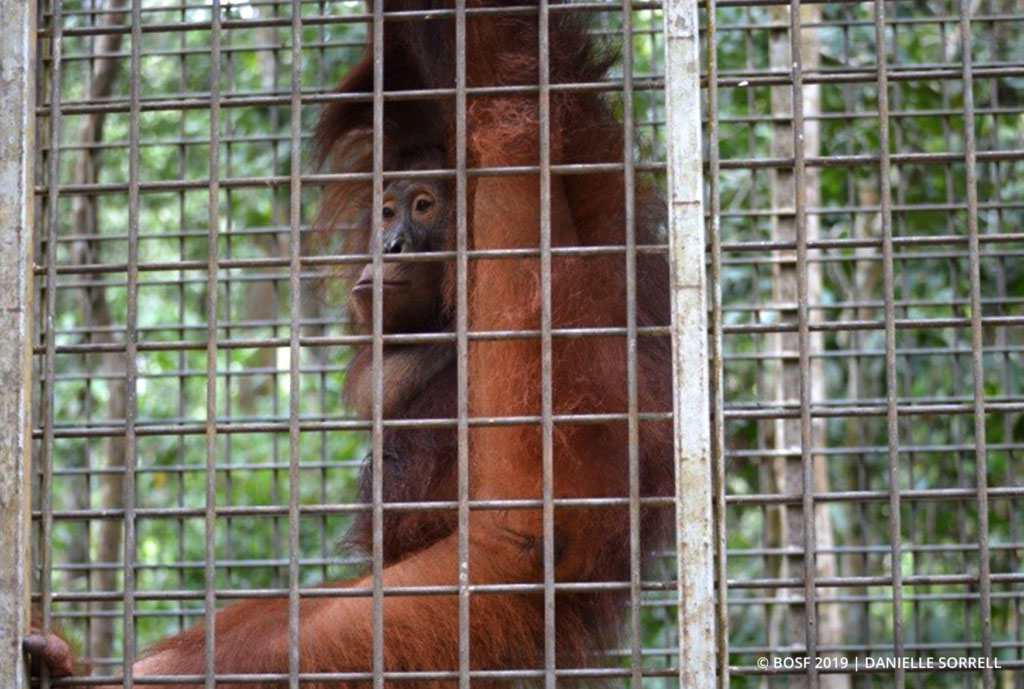 We had to quickly think of new ways to administer antibiotics for Nobri, and came up with a sugary drink to disguise its bitter taste. Luckily, Nobri accepted the liquid and drank it little by little, savouring its sweetness.

Nobri eventually made a full recovery, and it was decided that she was ready to be released back to the forest. Once her cage door was opened, Nobri shot up the nearest tree and started foraging in the canopy around her. Our team stayed to observe her movements, and noted that she spent most of the afternoon relaxing and napping in a nest. 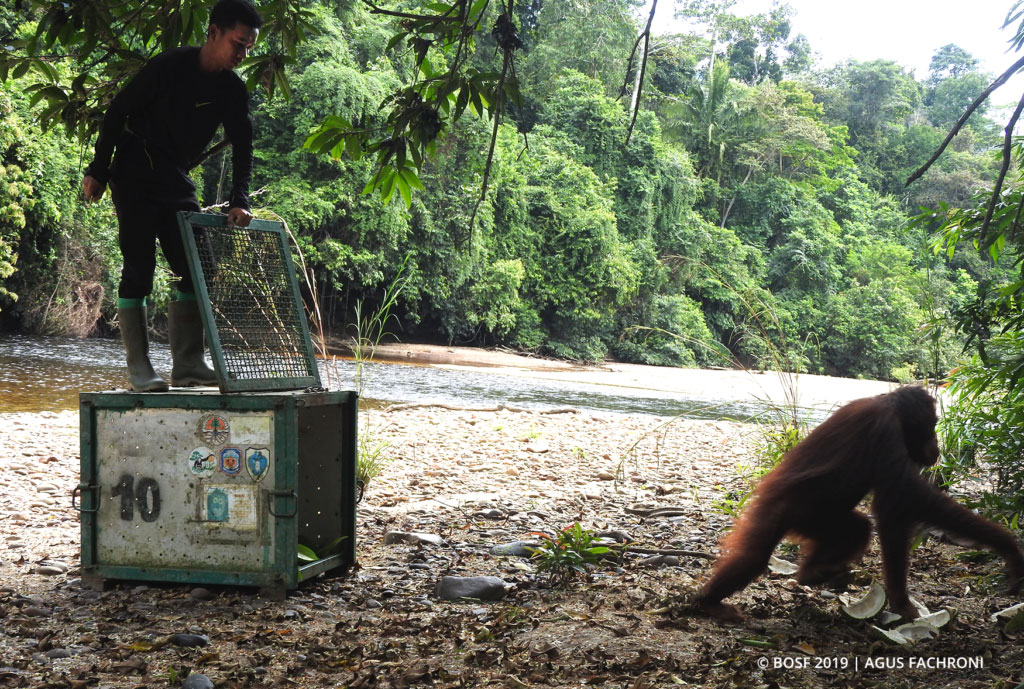 Nobri back in the forest

We are very relieved to know that Nobri is back in good health and has returned to the forest. We will continue to monitor her to ensure that she lives a long, happy and healthy life in Batikap.