For the past 2 years the Borneo Orangutan Survival Foundation has been releasing dozens of orangutans into a safe, secure forest in the Heart of Borneo called Batikap. To date, more than 100 have been released! Check out our Release page to learn more and support the release program. 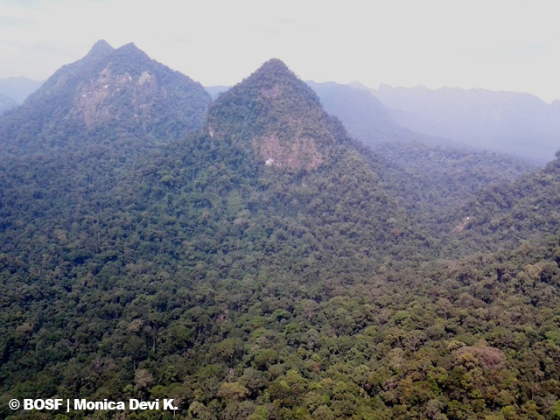 Orangutans reintroduced into the wild are observed for at least one year by our Post Release Monitoring (PRM) Teams to monitor their successful adaptation. However, some of the orangutans travel far away from their release point – especially males, meaning that the PRM Team are unable to track their radio signals regularly and locate them for direct observations to occur. It is then the task of the Monitoring Team to find their whereabouts and record direct observations so we can evaluate their progress and relative health.

We use several tactics to search for these orangutans including transect patrols across a wide area, river patrols along the rivers in the Bukit Batikap Conservation Forest, such as Sungai (river) Posu and Joloi, and radio signal tracking from hilltops where we receive a greater range distance. 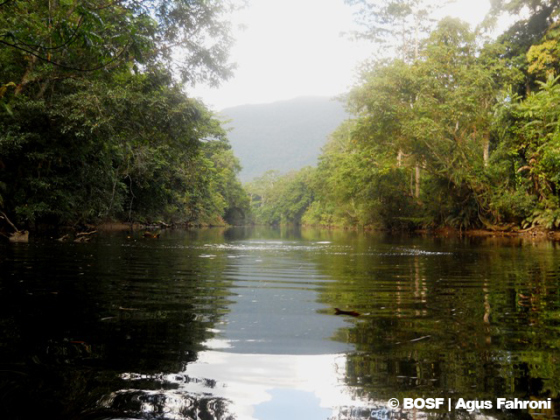 Radio signal tracking helps the team detect individual signals emitted from radio transmitters for those orangutans who have traveled so far from the release point that it is almost impossible to observe their activities.

A four member team of Elldy, Apriadi, Tuwe and Culi recently embarked on a 6 day and 5 night expedition to track released orangutans who we believed had traveled extensively. The team started radio signal tracking from transect TMP and moved towards the hills beyond the transect with altitudes ranging between 429-666 meters above sea level (asl).

The Team radio tracked both along transects and outside of these and successfully recorded signals for two orangutans Max and Heldy, from a location of more than 15 kilometers away from the camp. 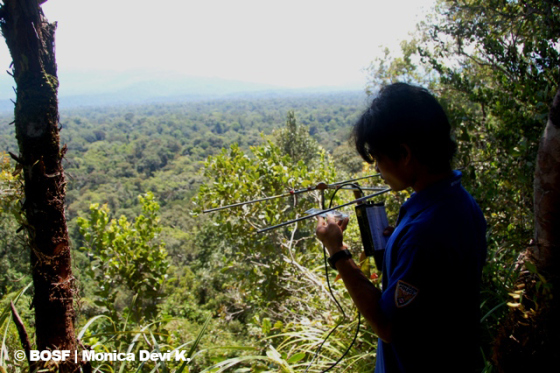 Following on from this first expedition, the PRM Team from Camp TotatJalu is planning further expeditions soon and continue in ourendeavors to relocate wider ranging orangutans and ensure their adaptation and well-being.