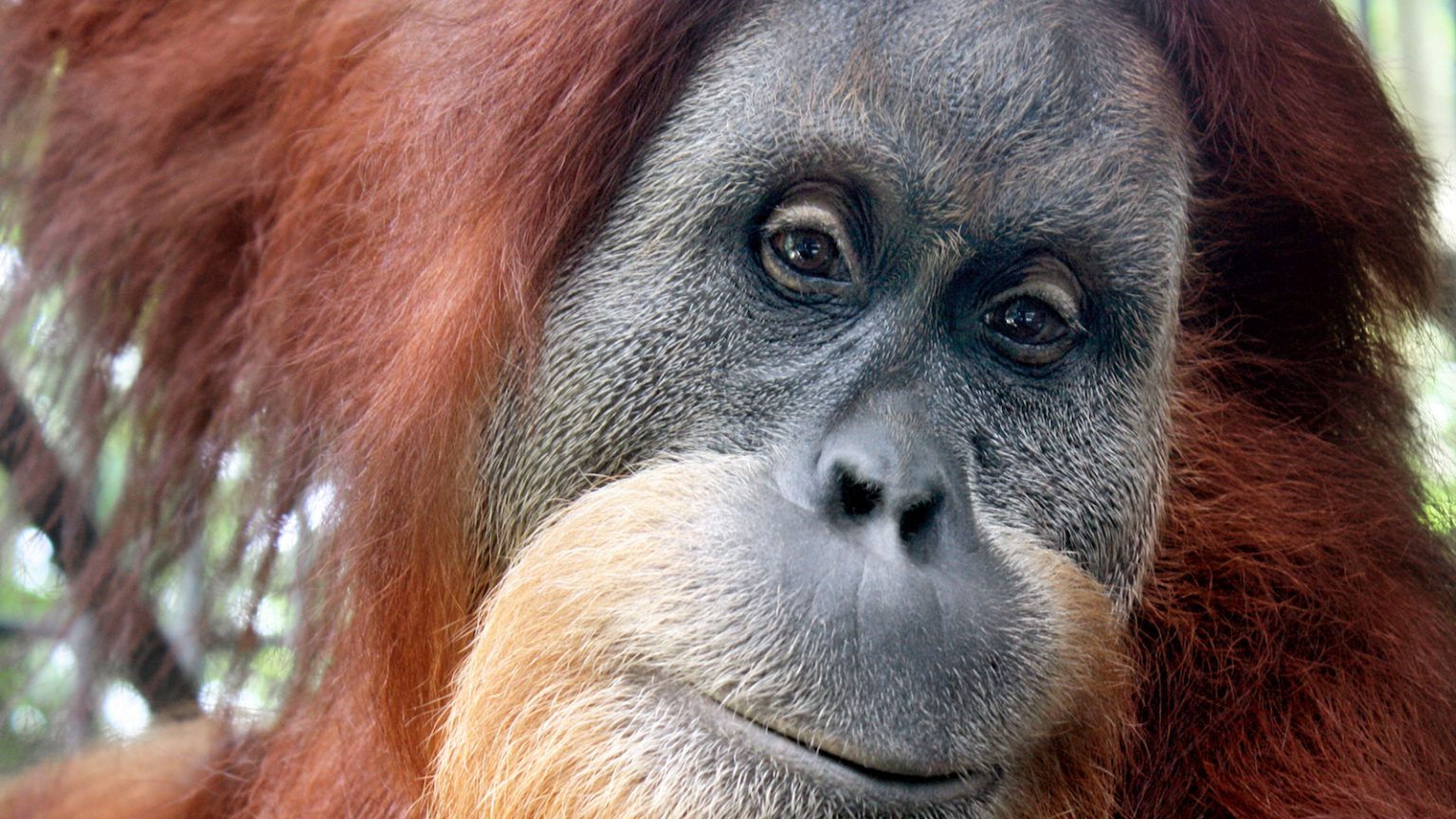 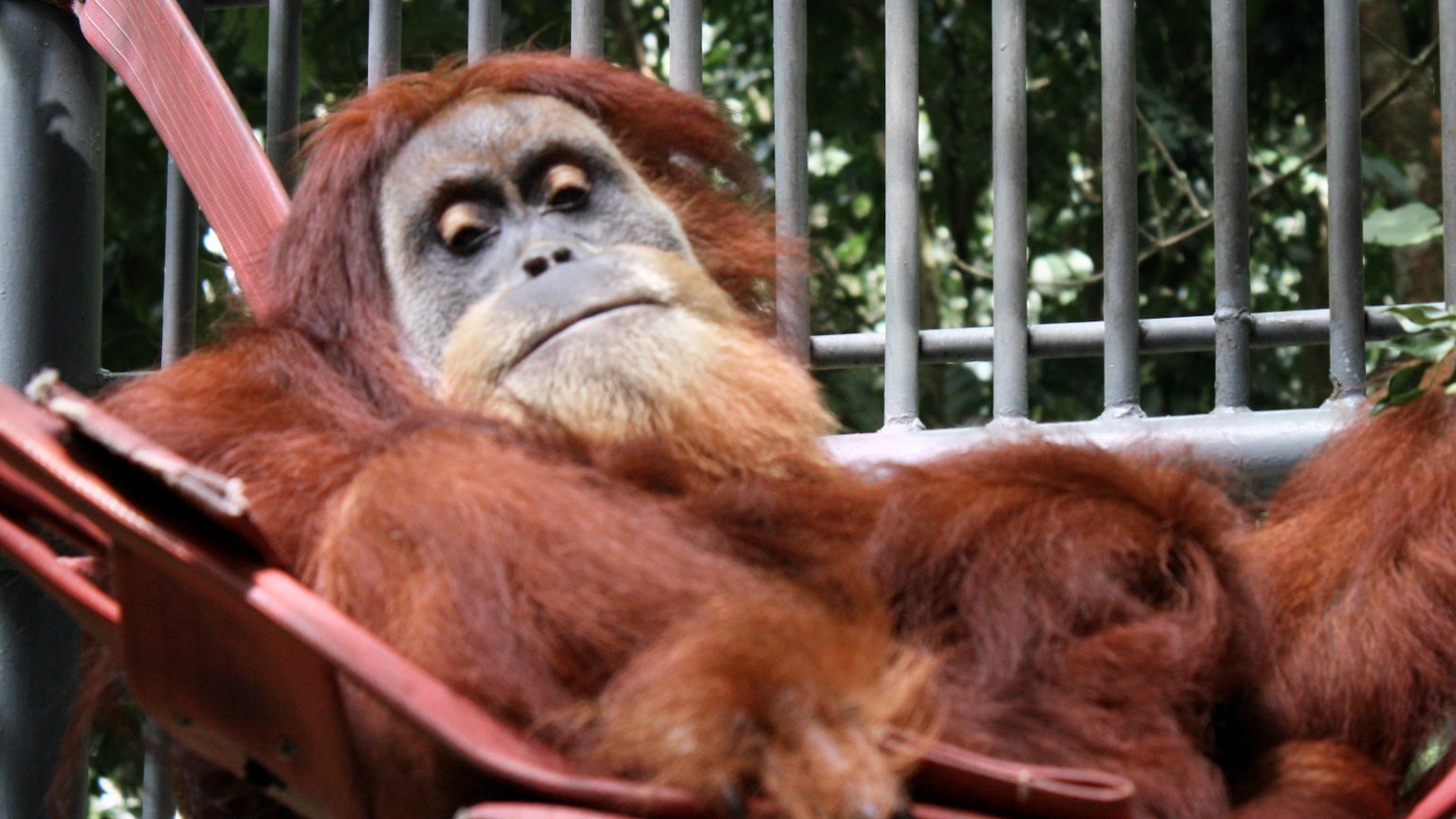 Dek Nong was originally rescued from being kept illegally as a pet, arriving at the SOCP in 2007. She was released a few months later at the edge of the Bukit Tigapuluh National Park in Jambi. Not long after the post-release monitoring team found her on the ground in the forest, looking extremely weak. She was partly paralyzed, from the waist down, and had some strange growths in some of her joints. Despite numerous scans and tests after she returned to the SOCP Quarantine and Rehabilitation Centre her condition has never been satisfactorily diagnosed, but she did gradually regain the use of her body, and is fit and active. She still has joint problems, as can be seen by the fact that her left wrist is always sharply bent, and that she cannot fully straighten her left arm.