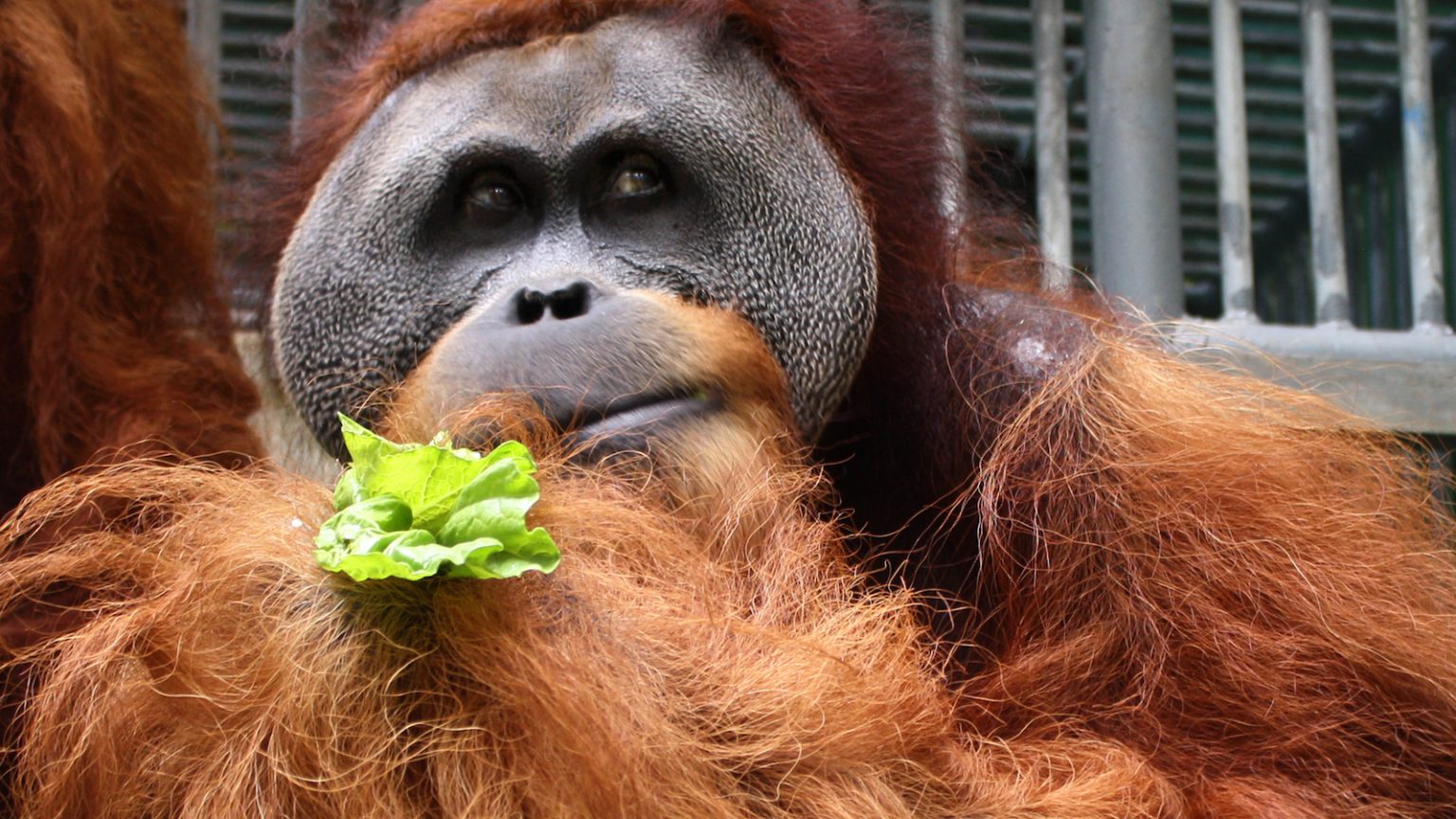 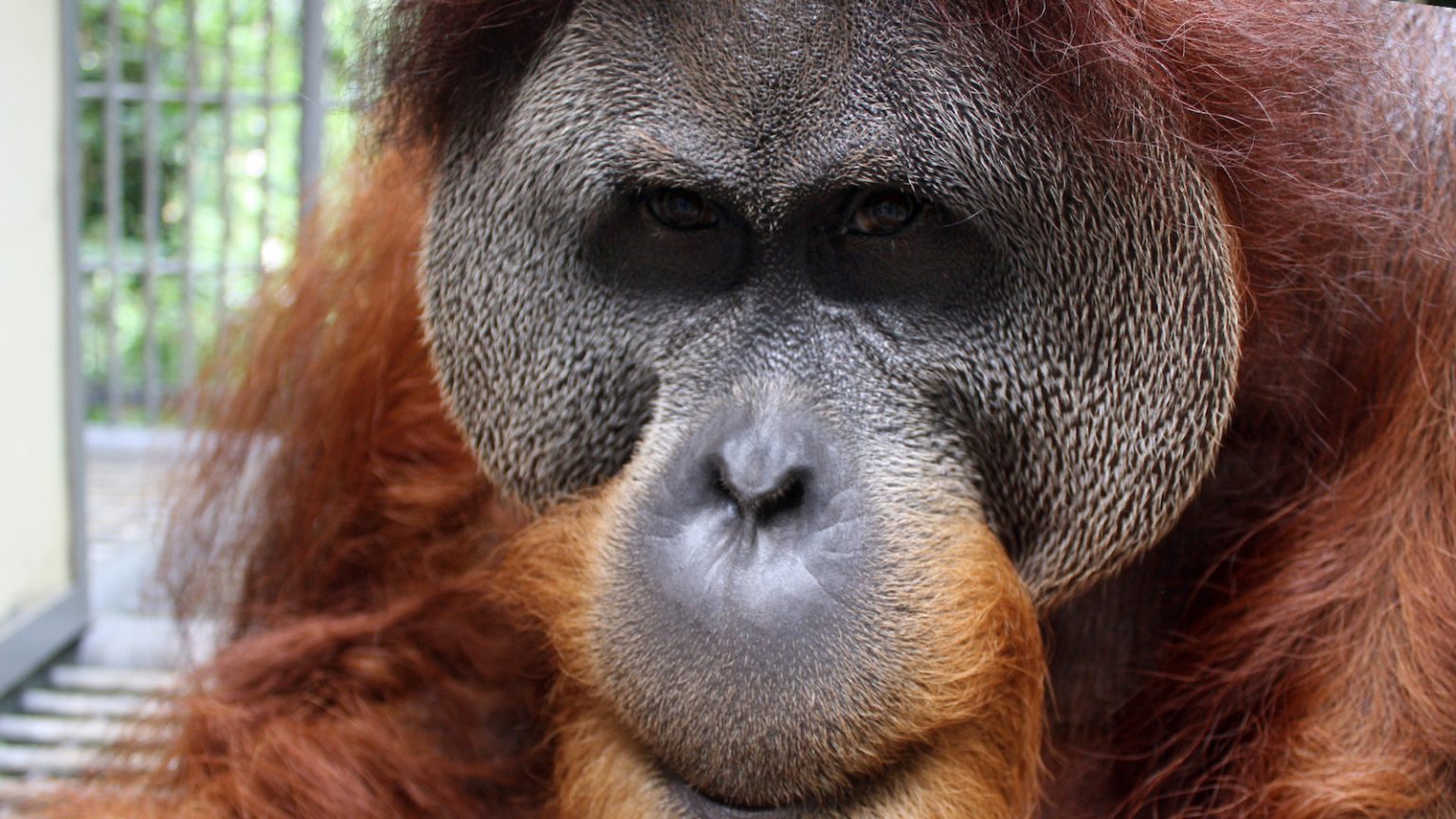 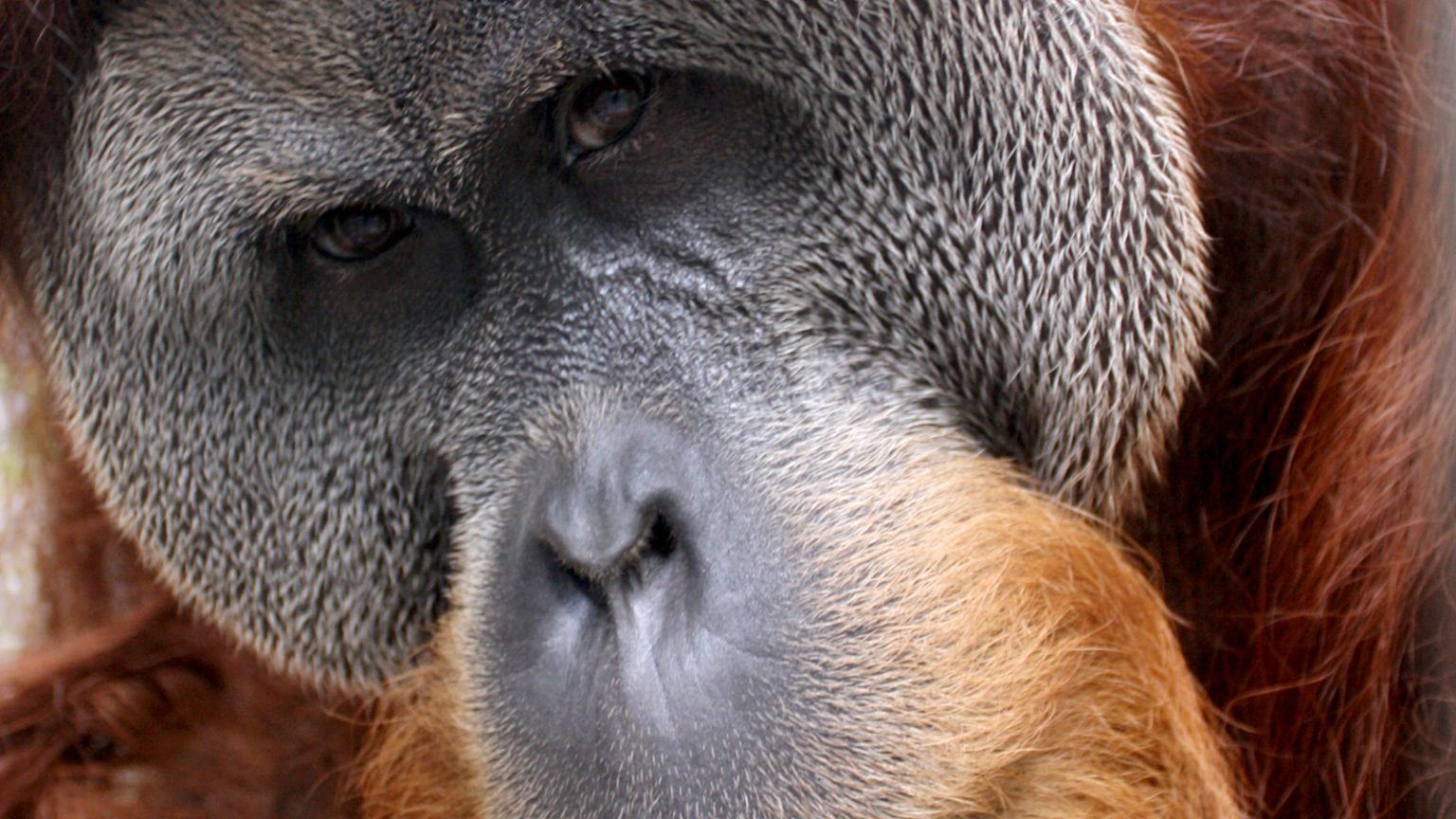 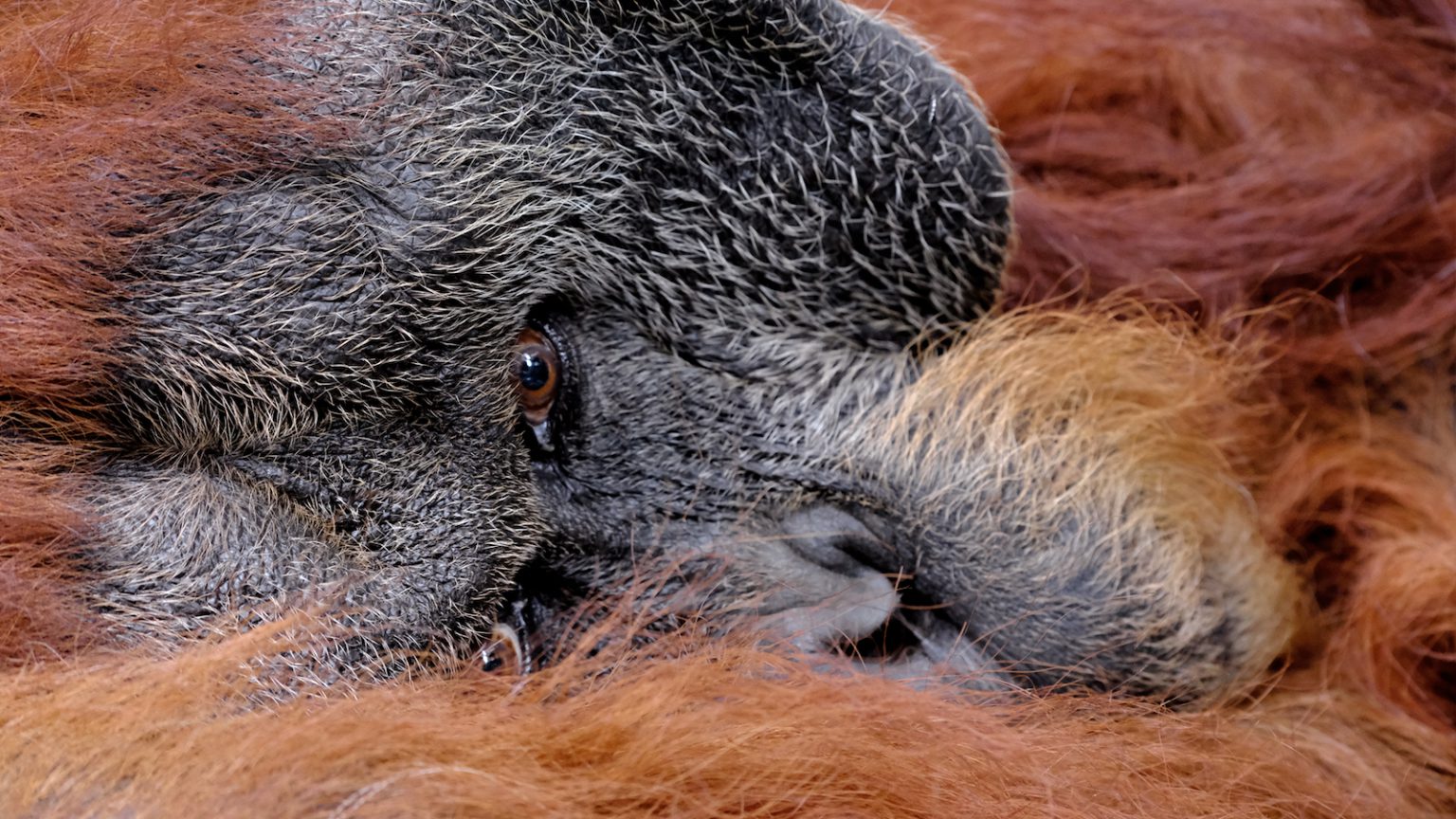 Krismon was confiscated as a fully-grown adult male in 2016, from a local government official in North Sumatra. He was being kept in a metal cage about 1.5 m wide and 1.5 m tall. He was obviously captured in 1998, as his owner named him Krismon, which refers to the ‘Monetary Crisis’ (Krisis Moneter) in Indonesia that year.

To get him into a transport box for the journey to the SOCP Quarantine and Rehabilitation Centre his cage actually had to actually be dismantled around him.

There was a small door less than 30cm tall, which he would only have fit through when he was still very young, so he’d clearly been in his cage, with barely enough room to stand up or turn around for most of his life.

Unsurprisingly, his cramped conditions had had a big impact on his growth and development. Even when released into a much larger facility at his new home he would sit with his lower lip shaking and drooling saliva, and he was unable to straighten his legs to stand up.

Since his arrival with the SOCP Krismon has made great progress, however. His keepers trained him to move around for his food, and his muscles have recovered tremendously as a result, to the point that he now prefers to spend his time as high up off the ground as he can. But he does still shake and drool a little on occasions.

You can directly support SOCP's Orangutan Haven by adopting Krismon for just USD $15/month (or USD $150/year).
Learn more about him on our adoption page.

YES! I want to adopt Krismon!