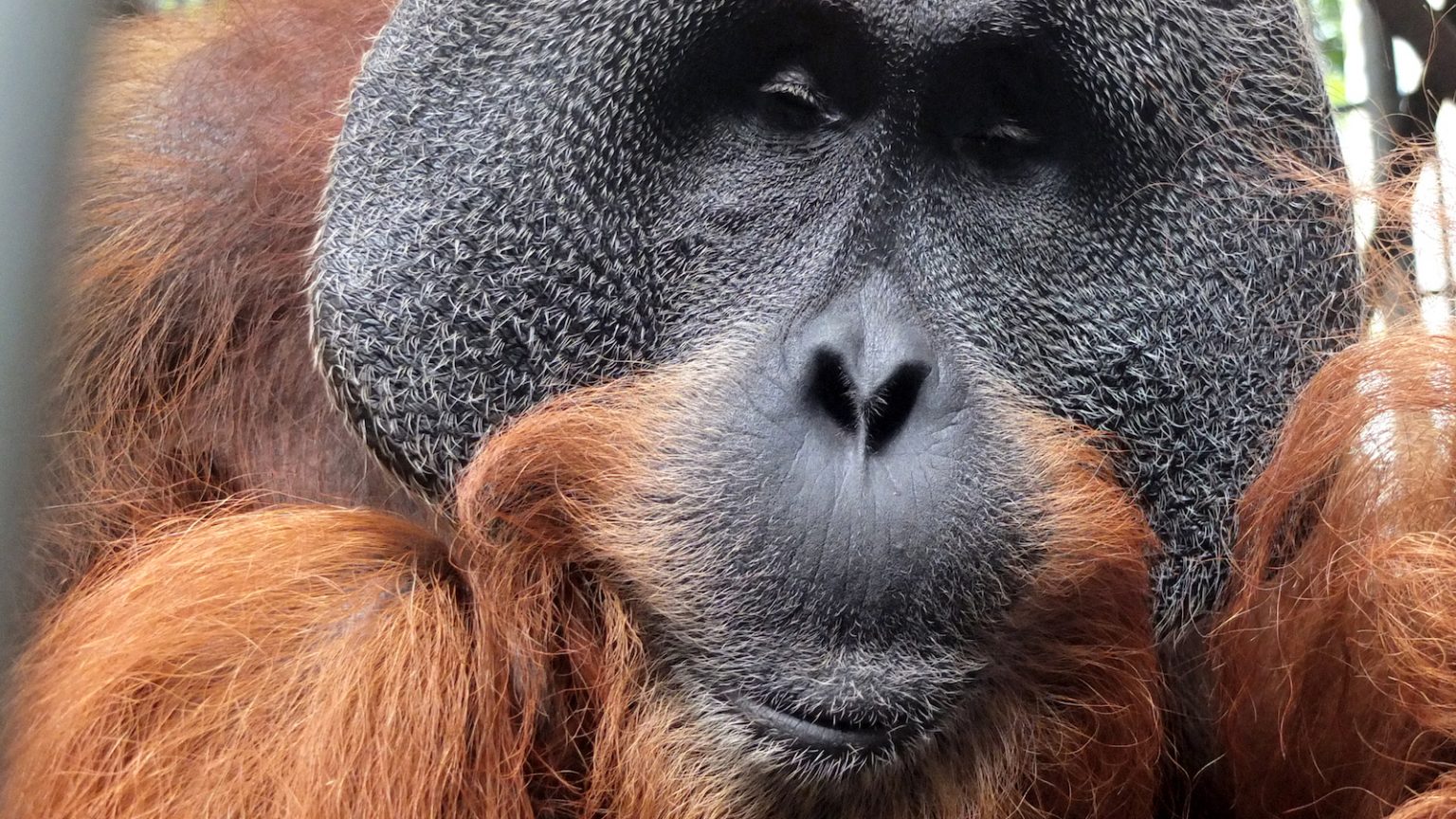 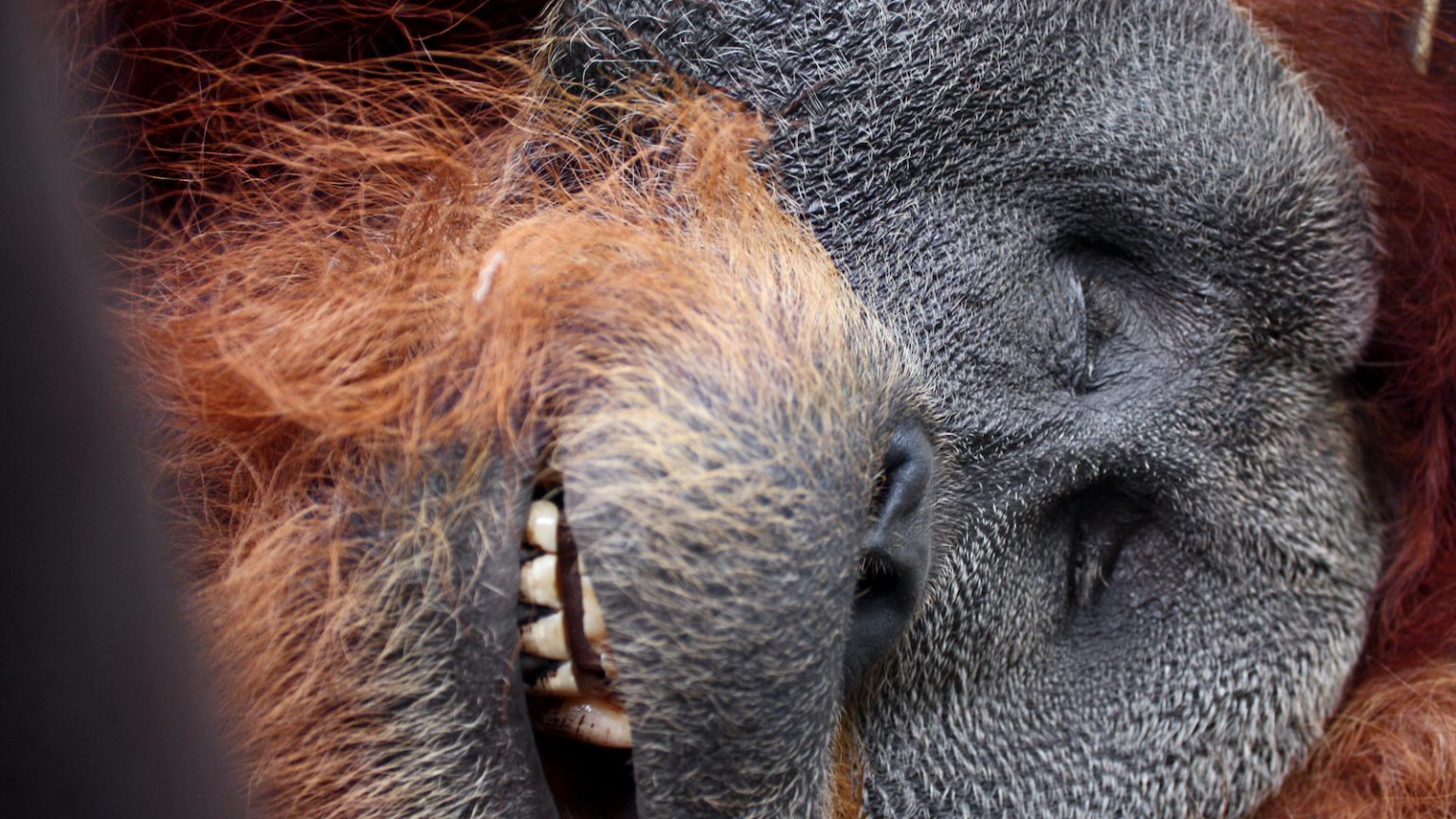 Lewis arrived at the SOCP in 2016 after being evacuated from a human-wildlife conflict incident near some highly fragmented forest patches in South Aceh.

When orangutans are rescued from such situations, if considered healthy enough they are immediately relocated to a safer forest area elsewhere, and released. Lewis, however, had injuries all over his body and had been shot at dozens of times with an air rifle, leaving him totally blind. Besides his blindness, and the air rifle pellets still lodged in his body, he is otherwise fit and well today, but he retains a strong dislike of humans and can be aggressive toward people he doesn’t know.