Video and Photos from the 12th BOS Orangutan Release

Meet the orangutans in the 12th release.
Check out the main ORANGUTAN RELEASE page.

The 12th BOS Orangutan release from Nyaru Menteng was comprised of two groups: rehabilitated and semi-wild orangutans. The first group, which consisted of eight orangutans – Gina, Zakia, Sule, Kevin, Ella, Lomon, Olivia and Belli – departed on April 11th and the second group, which included Sofi, Suta, Olbert and Nobri, left on April 20th. Our Nyaru Menteng medical team sedated the release candidates at the Quarantine Complex prior to their departure. 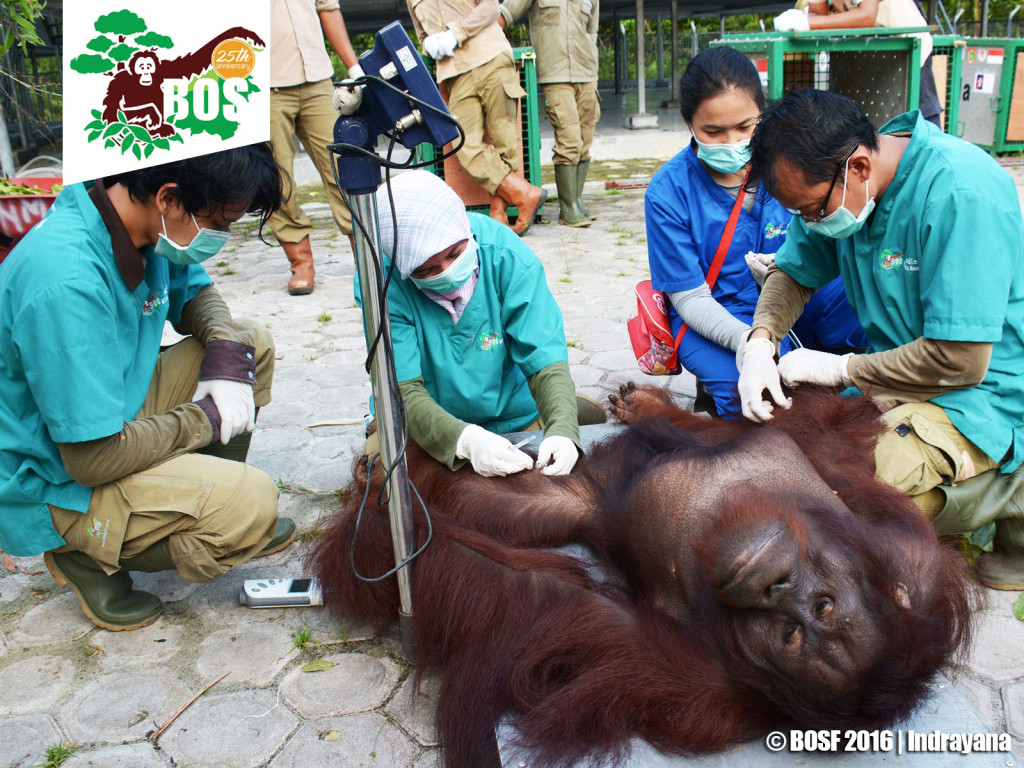 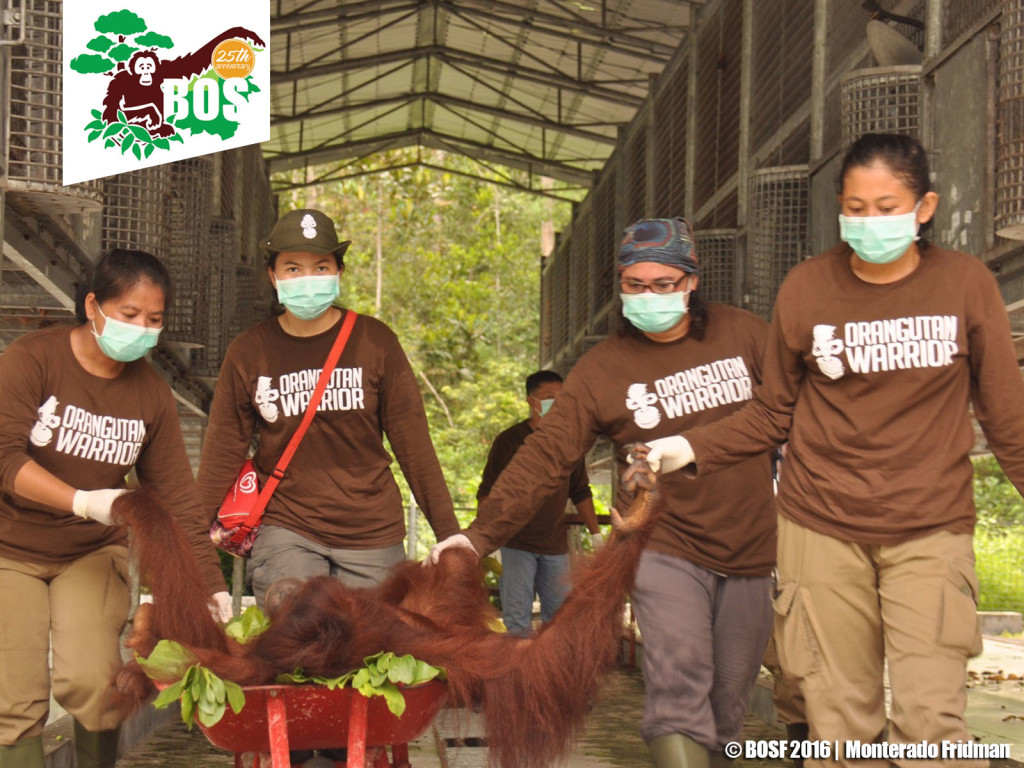 The second departure coincided with Kartini Day, and the women in our orangutan release team showed their strength and support of Borneo’s orangutan conservation effort. Sedated orangutans were carefully transferred into transport cages by our female staff.

After sedation, the orangutans were soon en route to the Bukit Batikap Conservation Forest. Both departure groups travelled the same route via land and river, with the teams making stops every two hours to check on the orangutans. 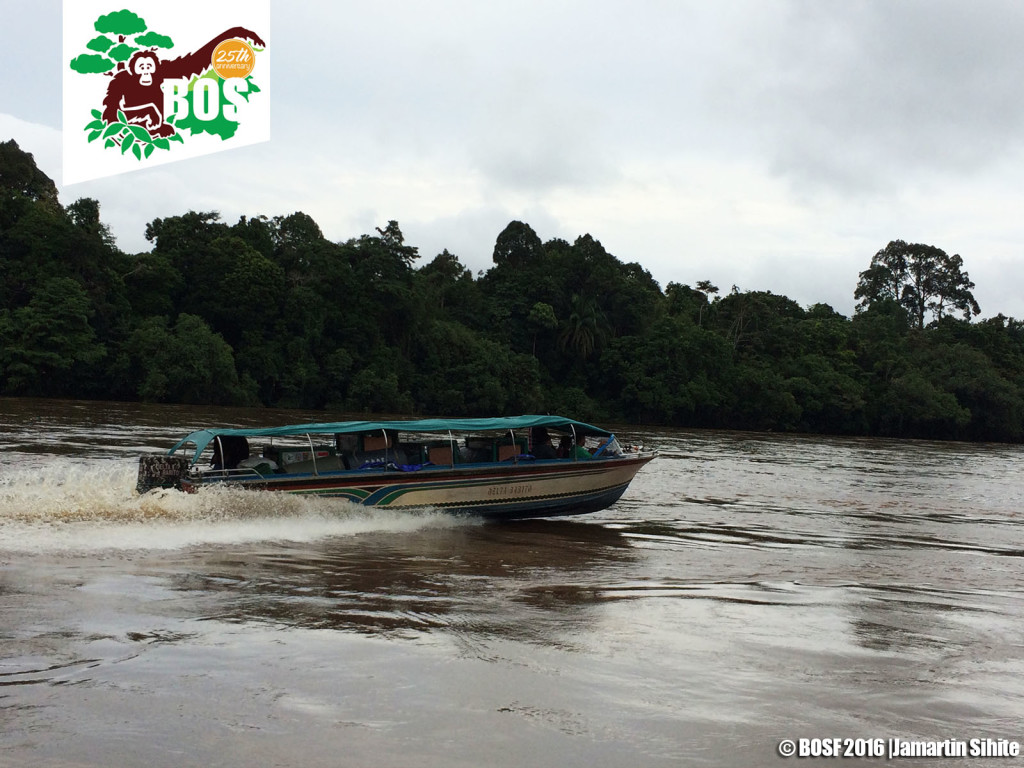 In the first departure group, Lomon, Belli, Ella and Olivia recovered from their journey in an area managed by PT. Bumi Barito Mineral (Cokal Ltd), and then continued with a 2-hour trip to Camp B in 4×4 vehicles. From Camp B, the team traveled in klotoks (small motor boats) for eight hours to Totat Jalu PRM camp in Batikap. 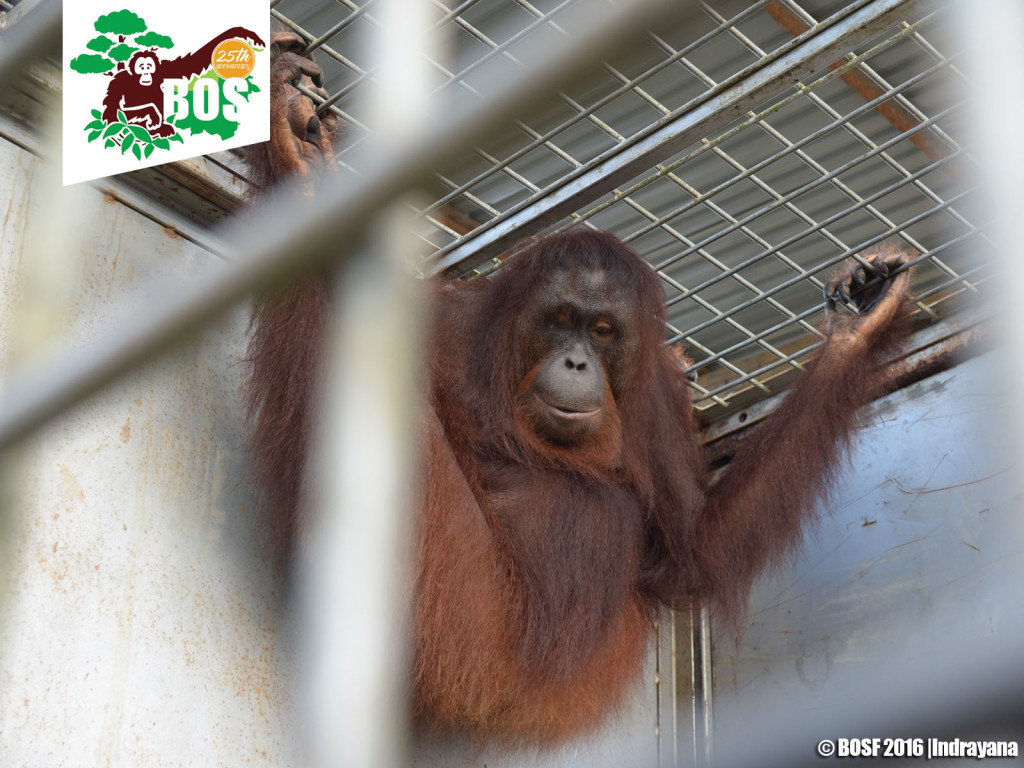 Belli in a habituation cage 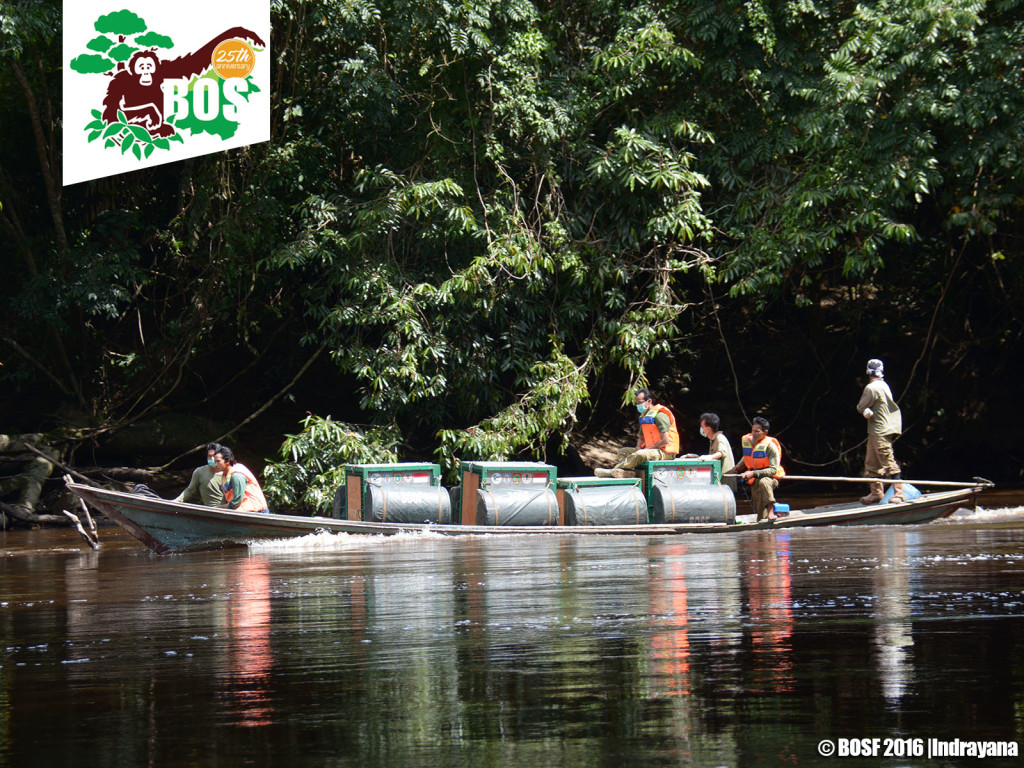 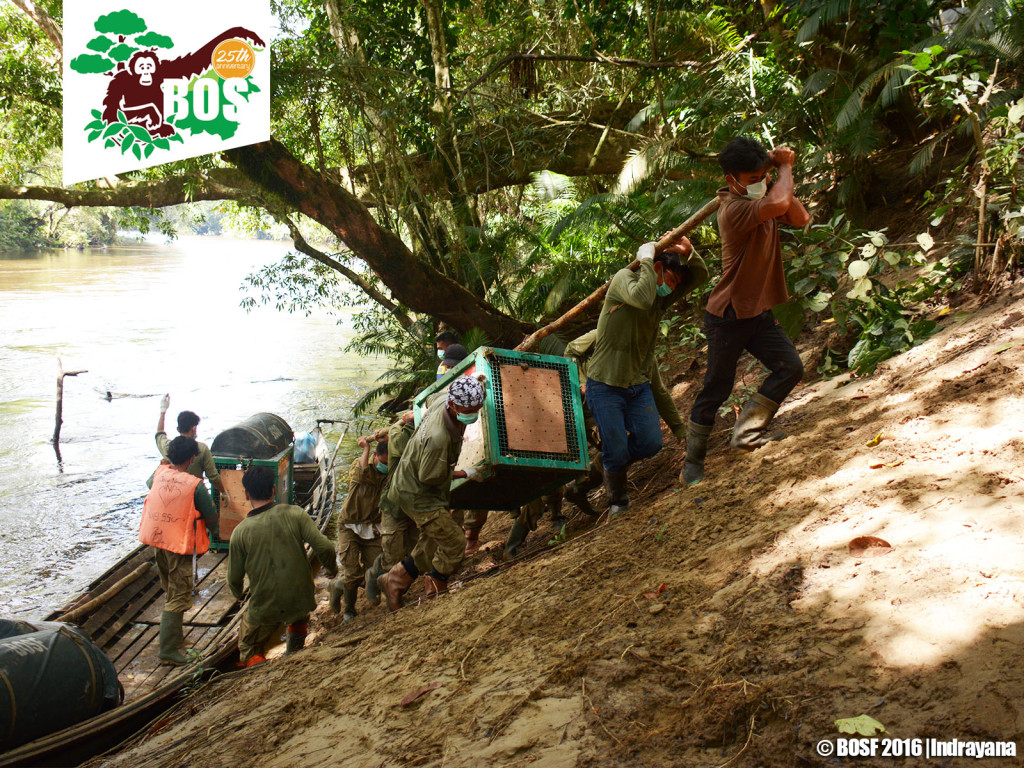 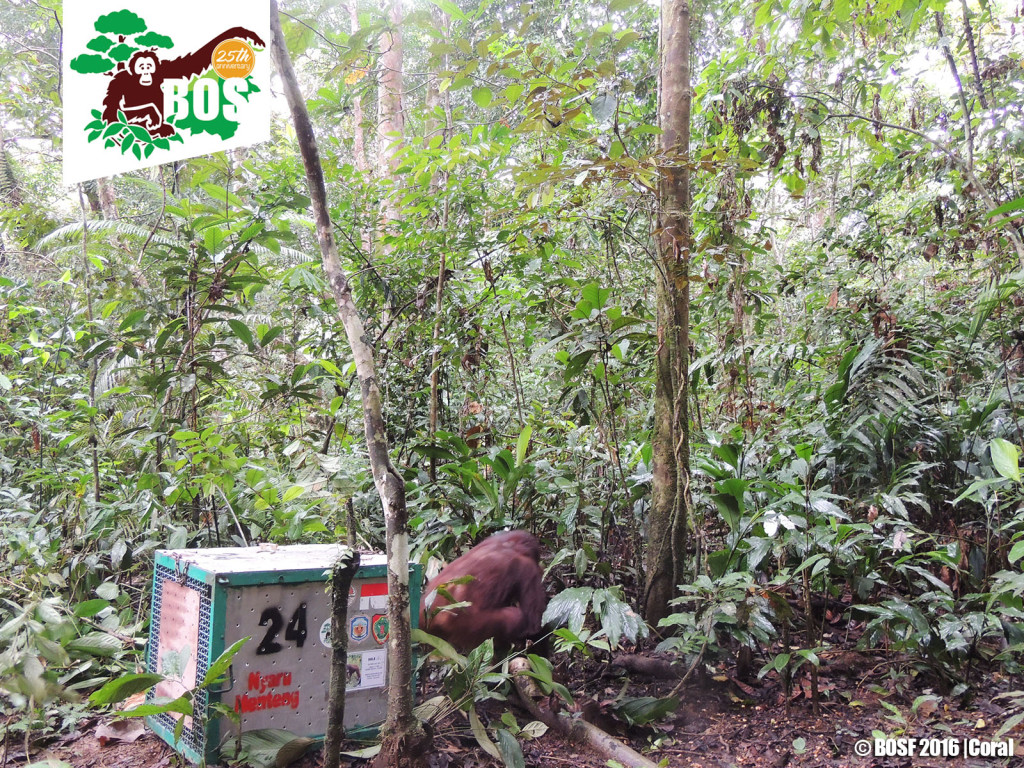 Lomon, the star of the BBC’s Orangutan Diary documentary series, became the 200th orangutan released from Nyaru Menteng. Lomon— along with Kesi, Fio and Grendon— was one of the first group of adoptees in the Orangutan Outreach adoption program.

Back in April 2006, Lomon arrived at the BOS Foundation in a very poor condition. He was released to the Batikap Conservation Forest on April 19, with Agus Fachroni, the accompanying vet present during Lomon’s rescue, given the honour of opening Lomon’s cage to release him back his true home in the forest. 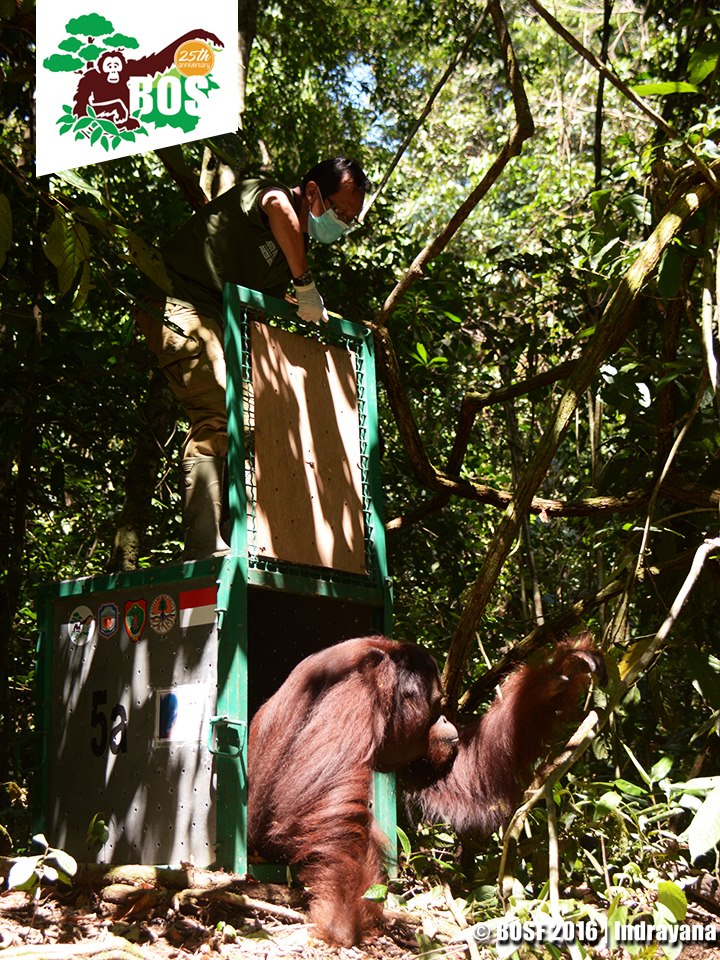 The BOS Foundation’s CEO, Jamartin Sihite, headed up the second departure group. After the release team participated in a tampung tawar traditional procession on April 20th (in front of the Central Kalimantan BKSDA office), it was time for Sofi, Suta, Nobri, and Olbert to leave for the Bukit Batikap Conservation Forest.

The tampung tawar procession indicated the great level of support that local communities have provided with the release of rehabilitated orangutans back to the natural habitat of the Bukit Batikap Conservation Forest. 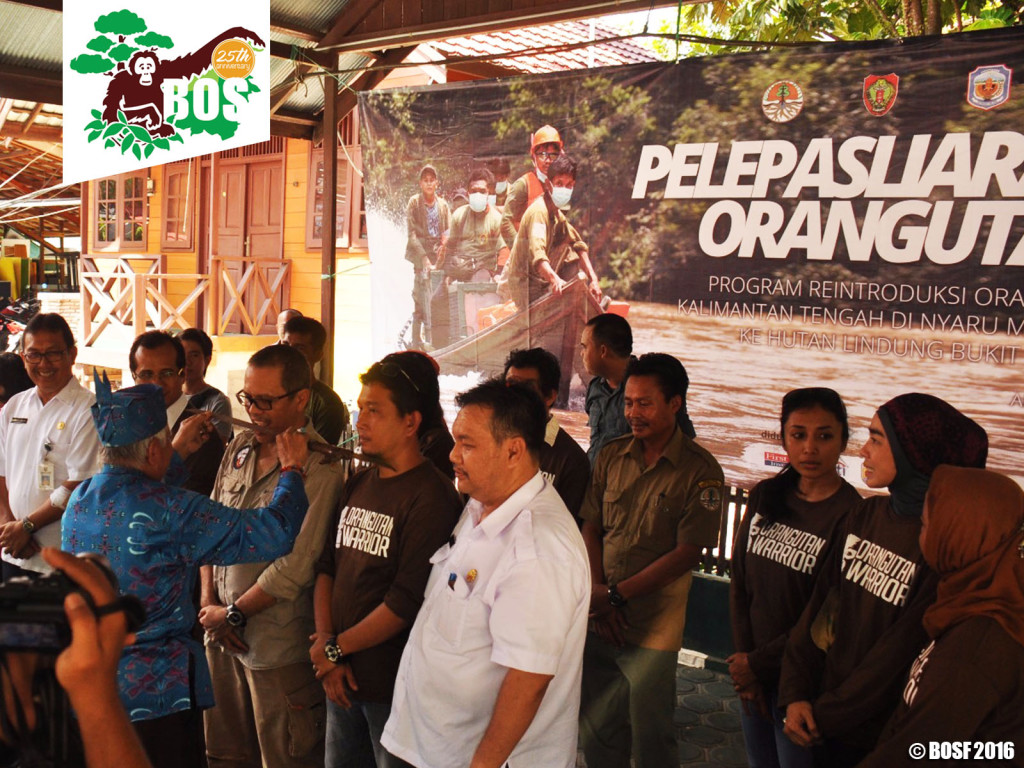 Sofi, Suta, Nobri and Olbert went straight to Bukit Batikap without taking a pit stop at Batu Ampar, and were finally released on April 22nd. 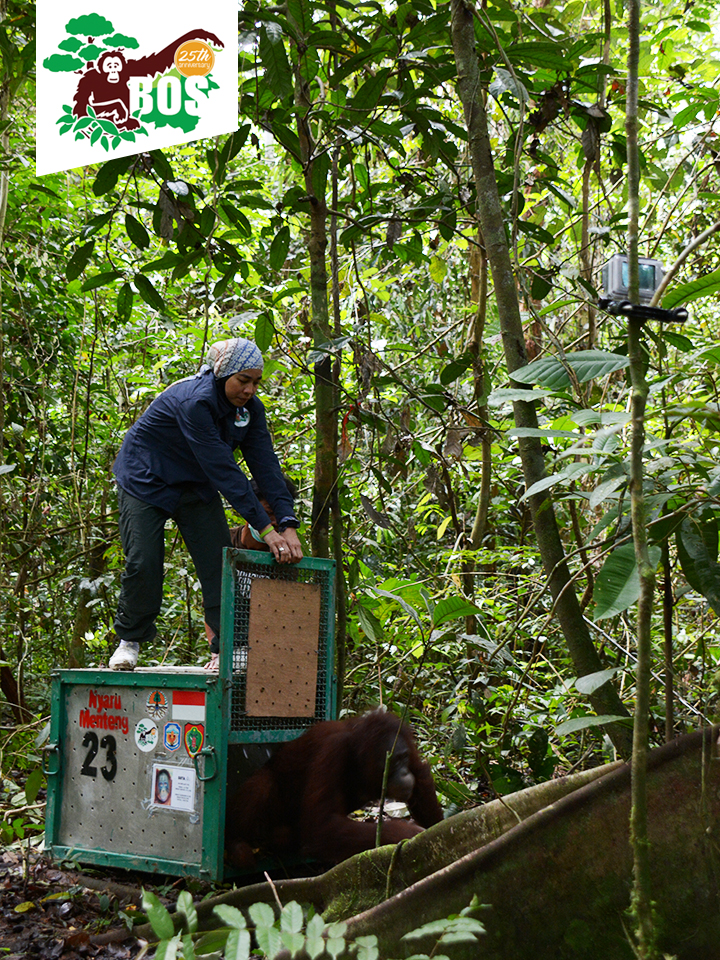 We wish them a healthy and peaceful life in their new home!

Text by: BOSF Communication Team in Nyaru Menteng and HQ

Meet the orangutans in the 12th release.
Check out the main ORANGUTAN RELEASE page.