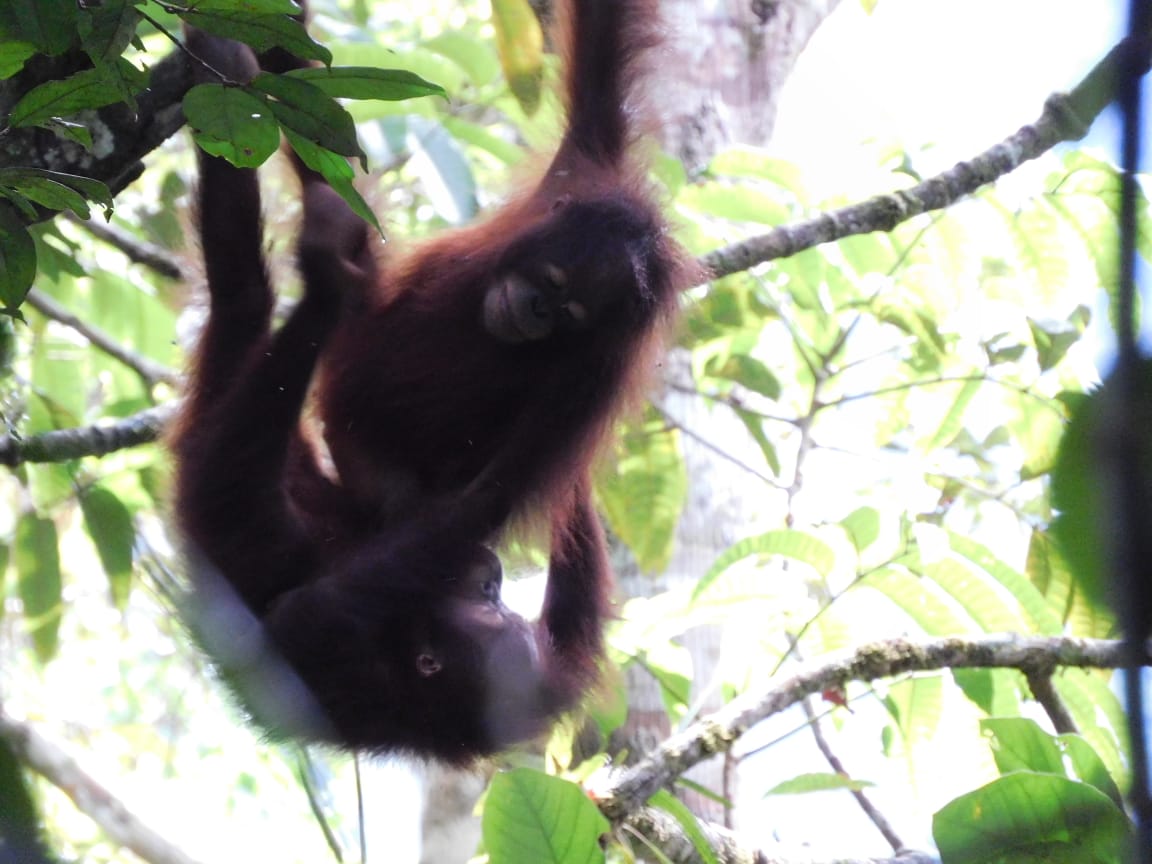 While the PRM team members were conducting routine observations in the forest, they were delighted to come across Berani, Sayang, and Padma gathered together in one tree. In a heart-warming display of friendship, the trio appeared to be thoroughly enjoying spending time together, engaged in a variety of activities. They dangled together, played what could only be described as a friendly game of tug-of-war, and even groomed one another.

The team was delighted to see the closeness among the three, especially evident when Padma was seen approached Berani. Padma would even embrace Berani, who would relax in her arms as they sat on a branch; both seemed quite content in one another’s company.

May these young orangutans continue to enjoy the support and togetherness their friendship affords, and that their lives in the Kehje Sewen Forest offer many shared and joyful experiences.