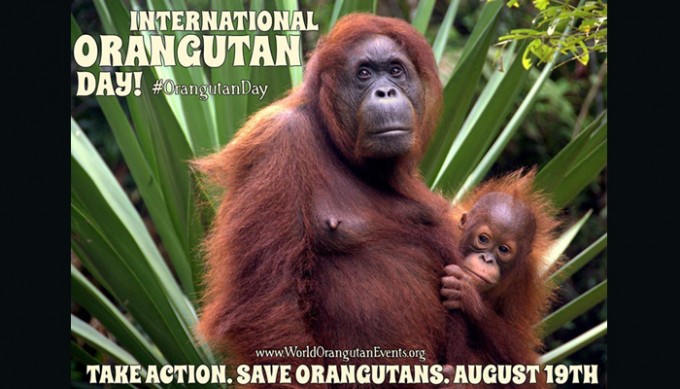 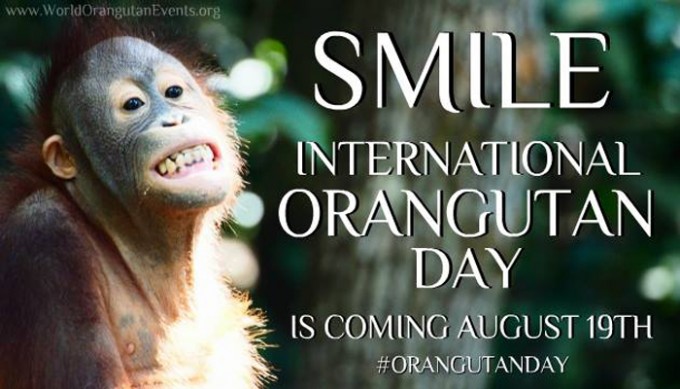 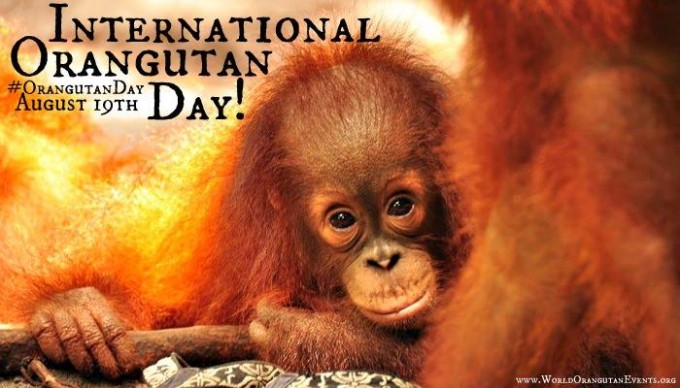 To recognize the most iconic victim of the palm oil industry, International Orangutan Day has been set for August 19th, EVERY YEAR! The aim of this campaign is to help encourage the public to take action in preserving this amazing species.

The Bornean orangutan population fell nearly 43 percent in the past decade, from an estimated 35,000 in 1996 to 20,000 in 2006. Since these studies were done, deforestation rates have continued to climb which means the actual populations could be well below these. 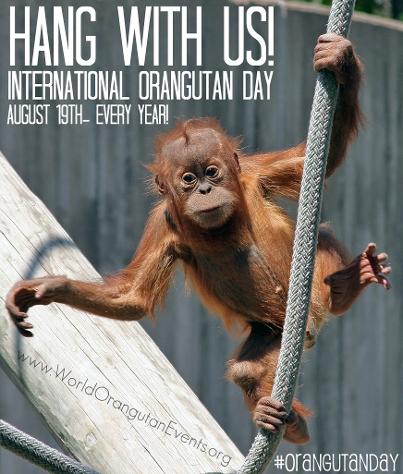