Bong the Orangutan Bonding in the Forest! 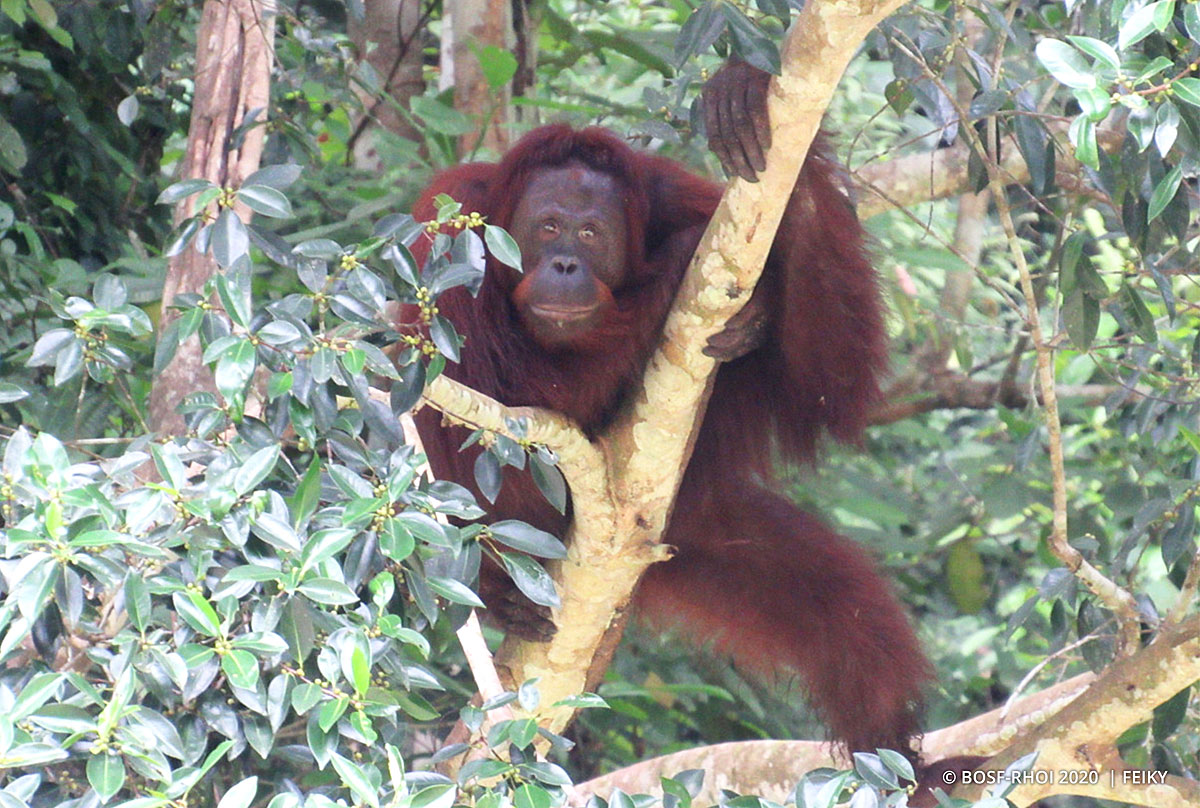 August 2020 — Camp Lesik, in the northern part of the Kehje Sewen Forest, East Kalimantan, is located in a beautiful valley, surrounded by rivers and hills that are covered with trees rich in food for orangutans.

Bong, a female orangutan we released four years ago, has been a regular sighting for the Post-Release Monitoring (PRM) team, especially when they search the Lembu transect. Just the other week, she was spotted again, this time not far from Camp Lesik. 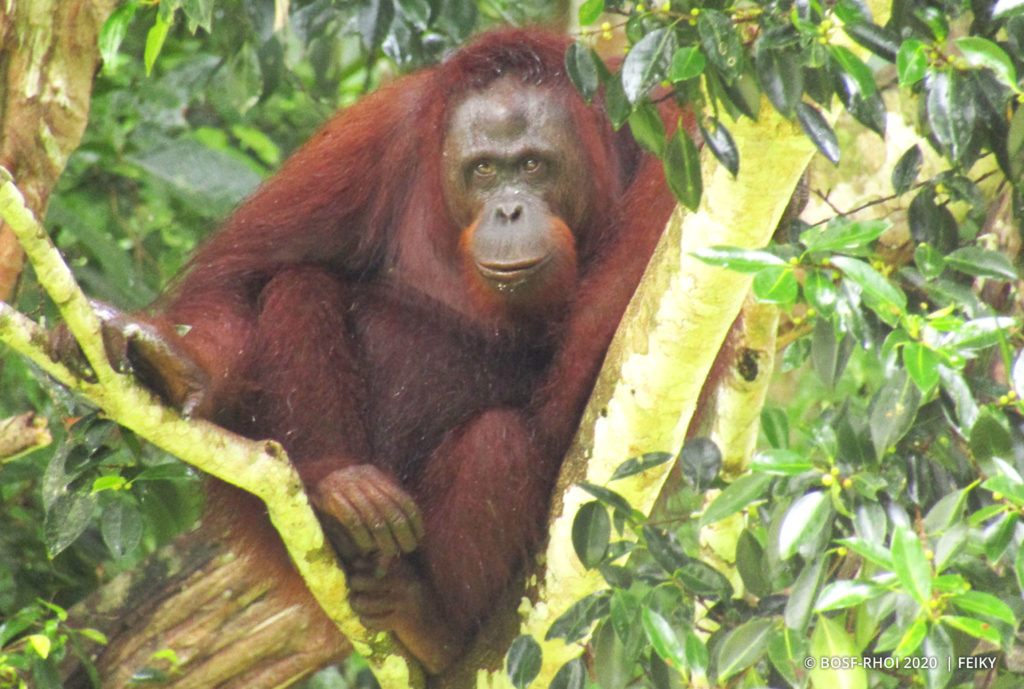 Thanks to an abundance of food trees growing in the valley where the camp is located, orangutans can often be found roaming nearby. When we first observed Bong near camp, it looked as though she was trying to accompany Mona, a female who was released seven years ago. At first, Mona refused to forage alongside Bong, but shortly after the two were seen eating in close proximity.

The next time Bong was observed, we found her with Sayang, who was also released seven years ago, and Sayang’s son, Padma. Like Mona, Sayang seemed to reject Bong at first, and was very protective of her infant. However, Bong proved to us just how good she is at socialising with others, when the next day she appeared to have been accepted by Sayang, and was spending time with her and baby Padma. 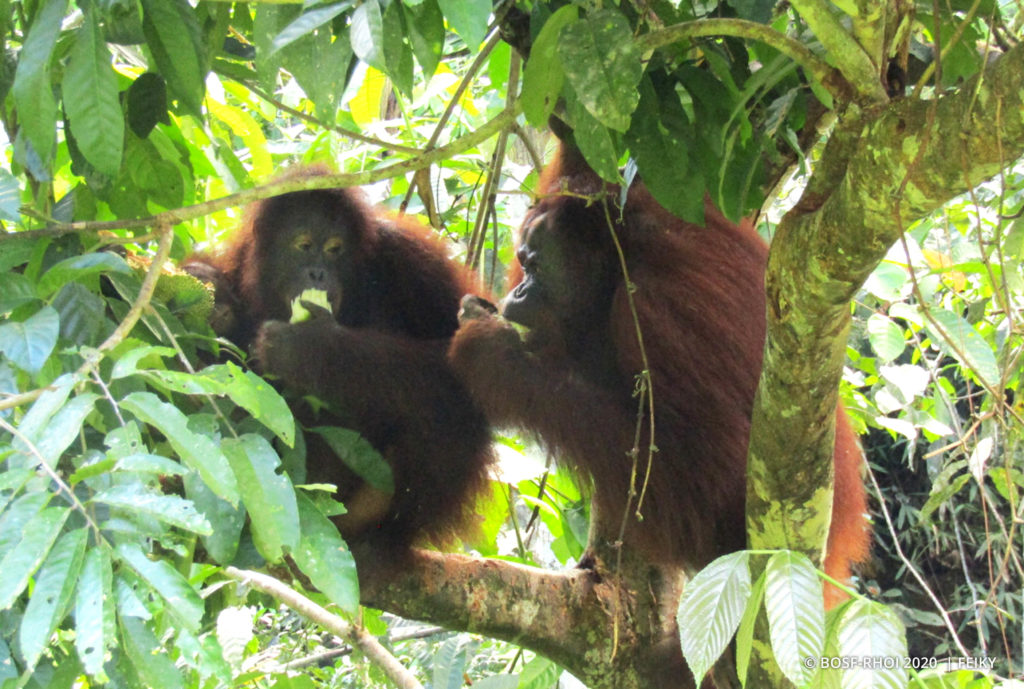 Orangutans are known for their semi-solitary lifestyles. However, for female orangutans, especially those who have undergone rehabilitation, socialising with others is not such a strange phenomenon. This is likely due to their experiences throughout the rehabilitation process, where they have grown alongside peers.