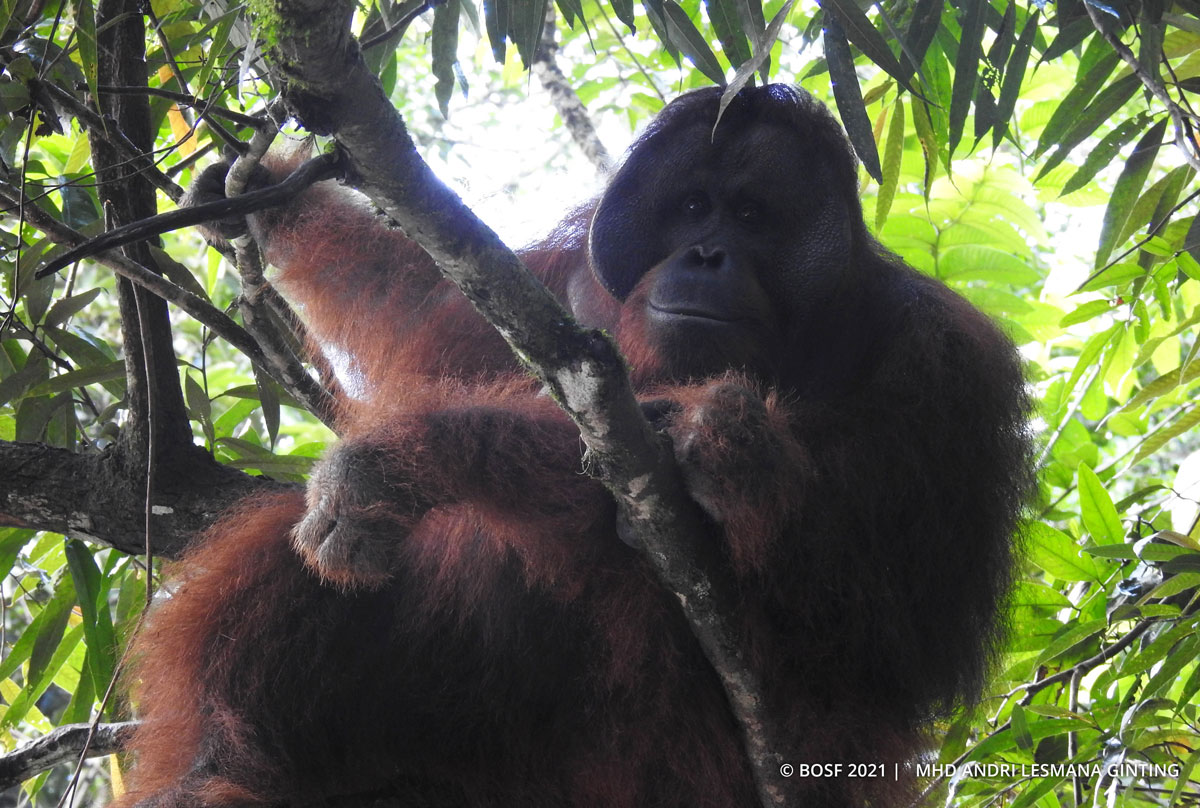 January 6, 2021 — You might have seen the #10YearChallenge on social media, where people upload two photos of themselves, taken 10 years apart. The ‘challenge’ typically highlights just how much an individual’s appearance has (or has not) changed over the course of a decade. Inspired by this, we have created our own #15YearChallenge for Mardianto, a male orangutan who now lives wild and free in the forest.

Mardianto was rescued by a wildlife team from the Central Kalimantan BKSDA in 2005. He underwent the rehabilitation process over many years and completed all levels of Forest School in 2012. He was then placed on Bangamat Pre-release Island, where he was easily recognized for his flat and wide forehead, short dark hair, and distinctive face.

After a 10-year-long rehabilitation journey, Mardianto was finally released in 2015 at the Hara rock formation in the Bukit Batikap Protection Forest in Central Kalimantan. In the years following his release, our Post-Release Monitoring (PRM) team has managed to find him quite often and was able to collect ample behavioral data on his adjustment to his new environment.

Mardianto loves to explore the forest and meet other individuals, especially females. On several different occasions in 2016, he was spotted with Compost, Suta, Zakia, and Manggo. In 2017, he was observed with Manisha, Manggo, Lesta, Olivia, Zakia, and Compost. In 2018, he was seen with Manisha, Manggo, Gina, Compost, Nobri, and Zakia. Mardianto prefers to spend time with his adult female companions, whom he is often seen following or eating with together in the canopy. He doesn’t seem to mind the presence of our PRM team members as they observe his activities. 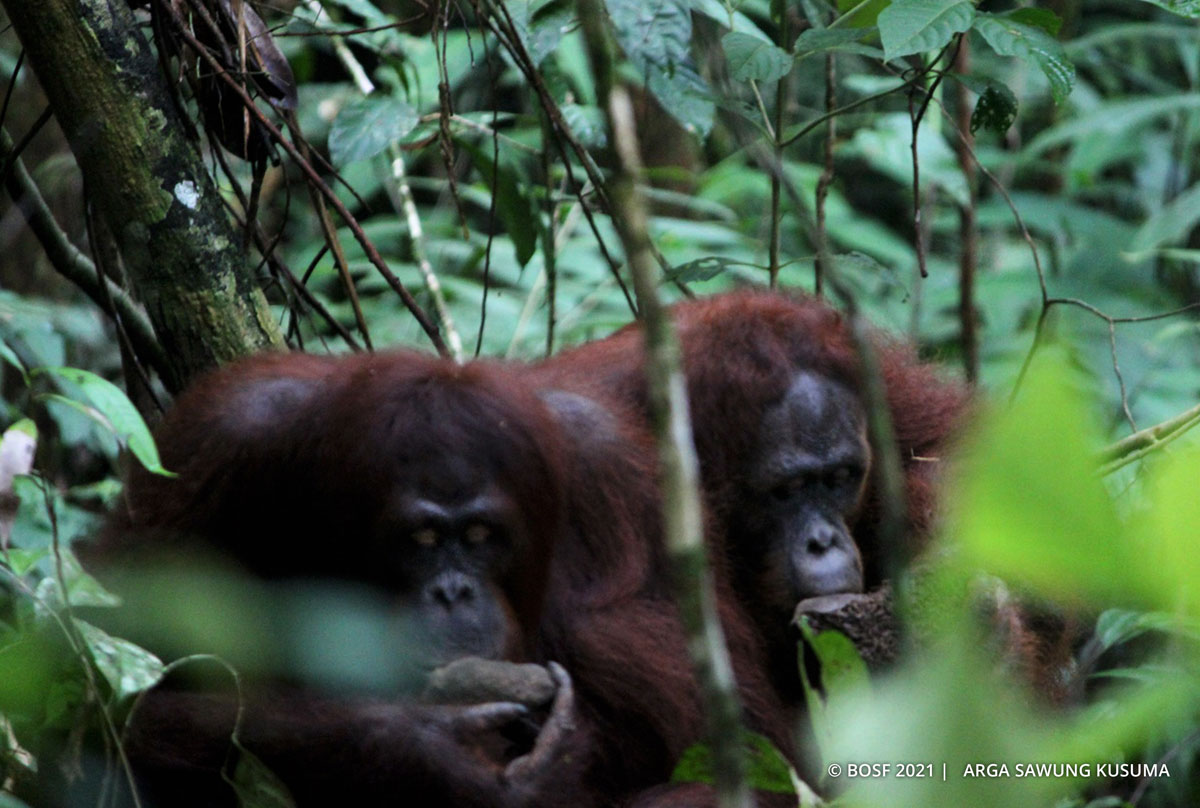 Mardianto is now 18 years old and has undergone some extreme physical changes. No longer a juvenile, he has transformed into a handsome adult male with a wider face, thanks to his impressive, growing cheek-pads.

During observations, the PRM team has noted that Mardianto is now attempting to make long calls, but as he is only just starting out and he still sounds a little awkward. He is not able to call very loud or far yet, but he is certainly trying!

Since he has lived in the forest for many years, we are not able to track Mardianto by his transmitter signal, as the battery died back in 2018. However, he can still be located from time to time along the riverbanks as he forages and searches for his next female companion. 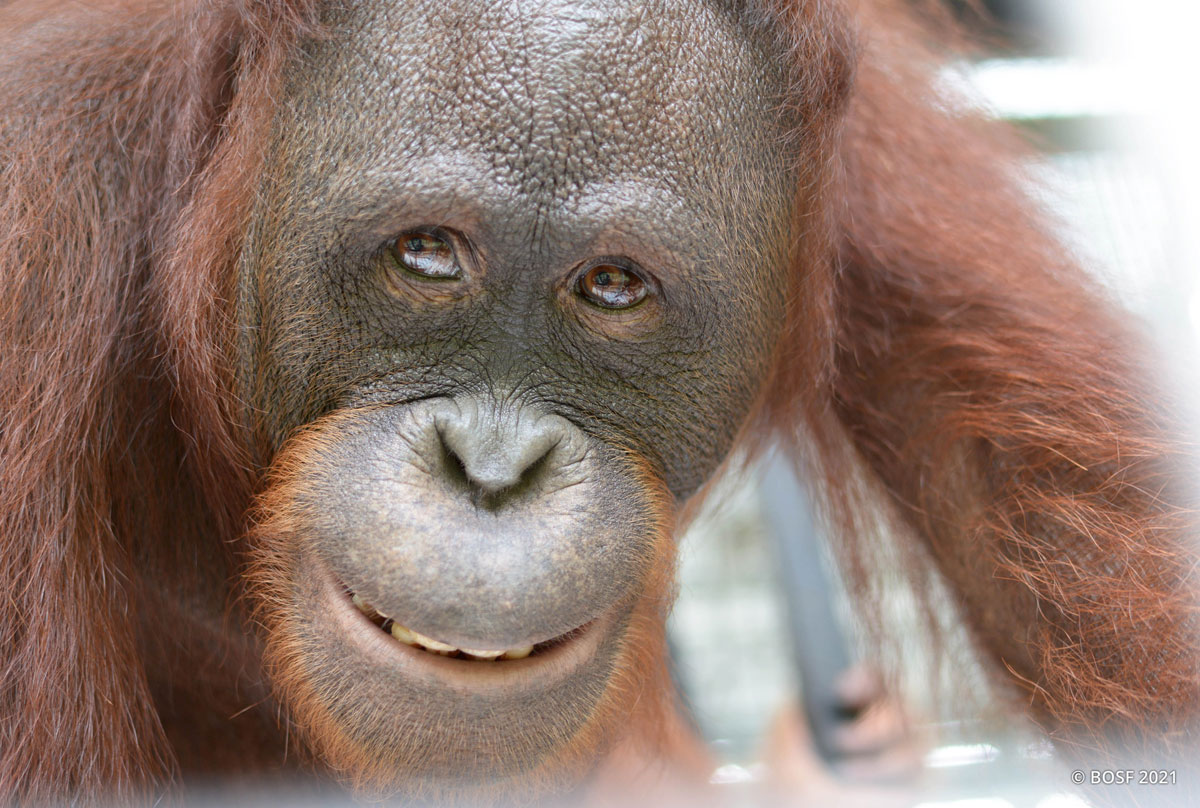 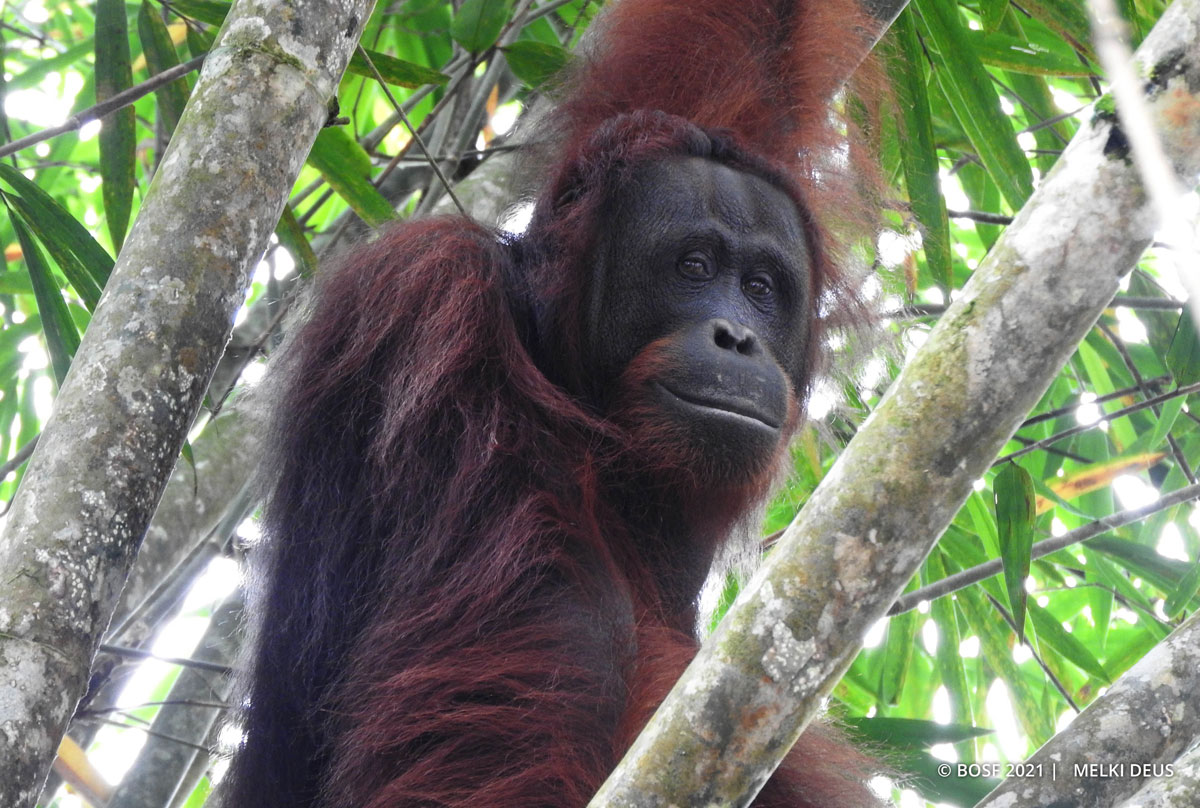 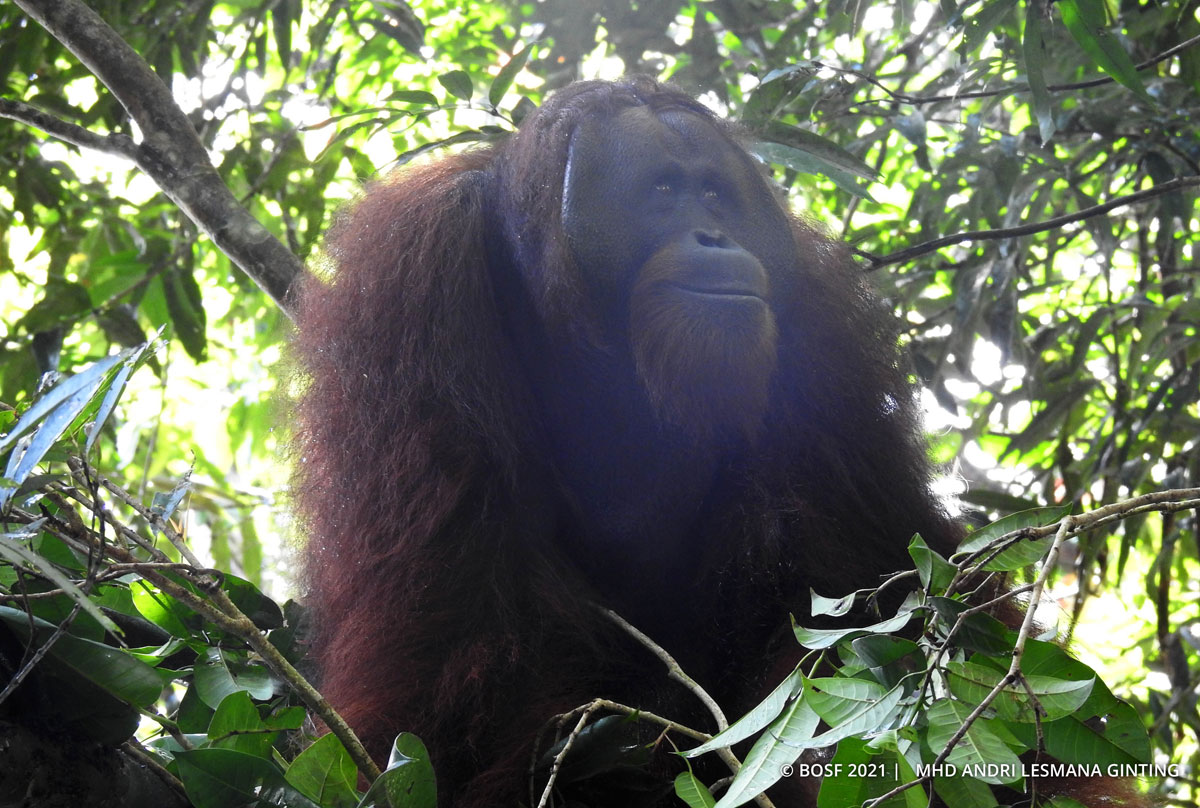 Mardianto’s evolution over the years is really quite remarkable, isn’t it?