26 February 2015 — Five more orangutans will soon be living in Bukit Batikap Conservation Forest. They have now embarked on their final journey from BOS Nyaru Menteng to the forest. Here are their profiles.

Semi-wild orangutans are those individuals who have still retained sufficient natural behavior from the time of rescue and have consistently showed that they possess adequate forest skills.

Due to his semi-wild behavior, Maha’s skills grew rapidly in Forest School. He is intelligent in choosing natural foods, building nests and he spends most of his time in the trees. Maha has always been an active and independent orangutan.

Maha is now 10 years old and weighs 35 kg. After eight years in the rehabilitation center, the handsome light red-brown haired Maha will soon be enjoying a life in freedom in the Bukit Batikap Conservation Forest. 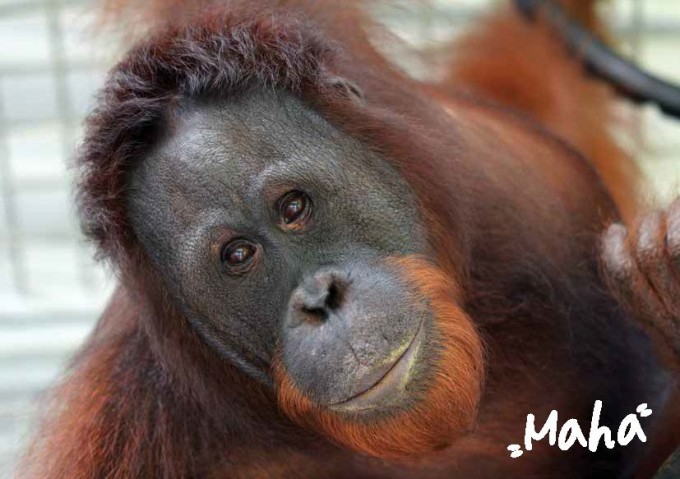 Jatihan is a male orangutan who was confiscated from a local resident in Kereng Pangi, Katingan Regency, Central Kalimantan. He arrived at the BOS Foundation Rehabilitation Center at Nyaru Menteng on January 6th 2008, when he was 1.5 years old and weighed 7 kg.

Graduating Forest School, Jatihan was moved to our pre-release island of Bangamat. He has grown into a gallant young orangutan, with good climbing skills – despite missing one of his index fingers which was amputated by our vets after a fight with another orangutan. He is good at finding forest fruits and termites. He explores a lot and likes to socialize with other orangutans.

Now Jatihan is already 9 years old and weighs 40 kg. This male with thin dark brown hair and a thick reddish beard will soon make his way in the real forest, the Conservation Forest of Bukit Batikap 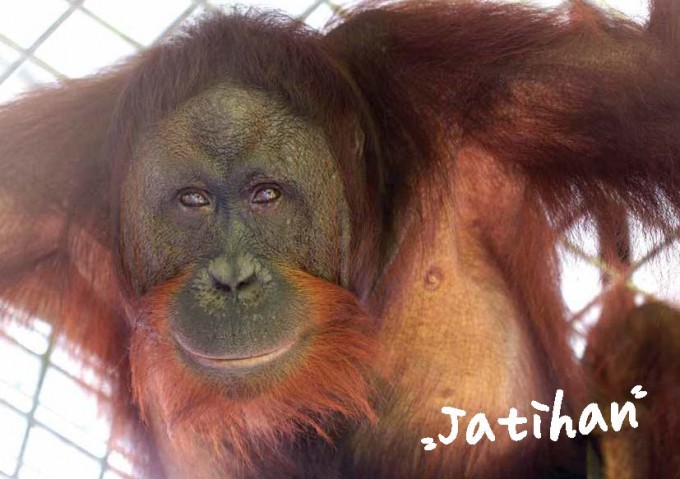 Rehabilitants are orangutans who were rescued at a very young age and/or had been kept by humans as pets. These orangutans did not have or had lost most of the necessary skills to survive independently in the forest and thus must go through an intensive rehabilitation process (Forest school and the final pre-release stage on an island/halfway forest), which can take up to 7 years on average.

Compost was allegedly found motherless on August 29th 2003, by a worker in an oil palm plantation near Parenggean village, Central Kalimantan. She was (estimated) to be 2 years old and weighed 4 kg. After being taken into the care of a local resident for 2 days, Compost was brought to Nyaru Menteng by a joint team from BKSDA and BOS Foundation Nyaru Menteng. The name “Compost” was given after the famous wildlife photographer and film maker, Alain Compost, creator of the documentary “Story Of Rimba”. In that documentary, baby Compost featured as little Rimba.

Compost has grown into an independent and strong female orangutan, despite permanent damage to her right ear. After graduating from Forest School, the slant-eyed and dark-brown-haired Compost was moved to the pre-release island of Palas. Then in 2013 she was again moved to Kaja island and became an avid explorer of the island.

Compost is now 13 and weighs 47 kg. For the last 11 years in Nyaru Menteng, Compost has learned many forest-survival skills. She is now getting ready to begin her new life as a true wild orangutan in the Bukit Batikap Conservation Forest. 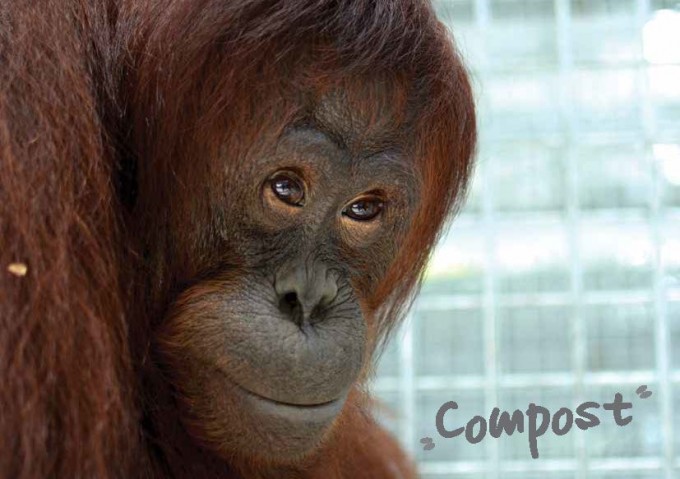 Dewi is a female who was confiscated by BKSDA from a local resident in Surabaya, East Java, on November 10th 2001. When handed over to Nyaru Menteng, she was 6.5 years old and weighed 24 kg. Dewi started her rehabilitation process in Nyaru Menteng by joining the Forest School.

Graduating from Forest School on October 23rd 2005, this beautiful dark brown-haired orangutan with black spots on her eyelids was placed on our pre-release island – Bangamat. Dewi is easy to identify as she wears a sorrowful expression, even though she is always quick to respond positively.

This year Dewi turns 20 and she now weighs 44 kg. She does not like being approached by humans and will immediately move deeper into the forest to avoid contact. After 13 years of training in our rehabilitation center, Dewi is ready to make her new home in the Bukit Batikap Conservation Forest. 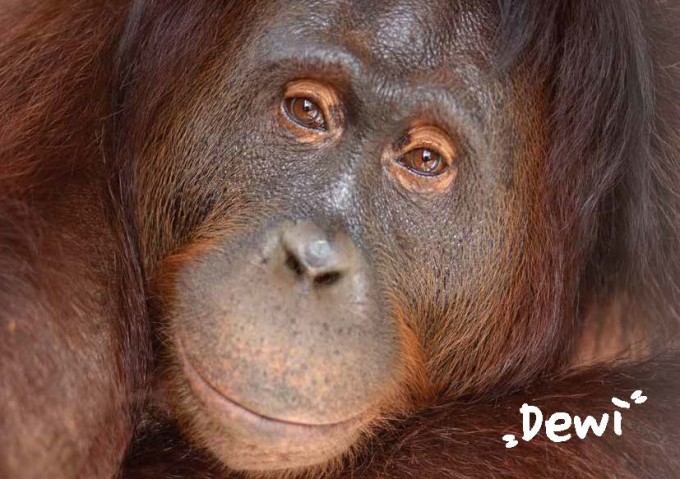 Confiscated by BKSDA from a Tangkiling resident, not far from Nyaru Menteng on June 22nd 2000, Mentos was only 2.5 years old and weighed 4 kg. Post quarantine period, Mentos joined the Nursery Group to regain her natural abilities and behavior.

Mentos, who has dark brown hair and a strong prominent forehead bump, graduated from the nursery group on April 4th, 2001, and started her days in the Forest School. After finishing Forest School, this quiet-yet-curious young female was moved to the pre-release island of Palas and in 2013 she was removed to Kaja island. Despite being quiet, she is very social. She likes to hang out with other orangutans and she loves water.

Now the dark-faced and slightly sad looking Mentos is 17 and weighs 50 kg. The beautiful Mentos will soon live in the Bukit Batikap conservation forest as a true wild orangutan. 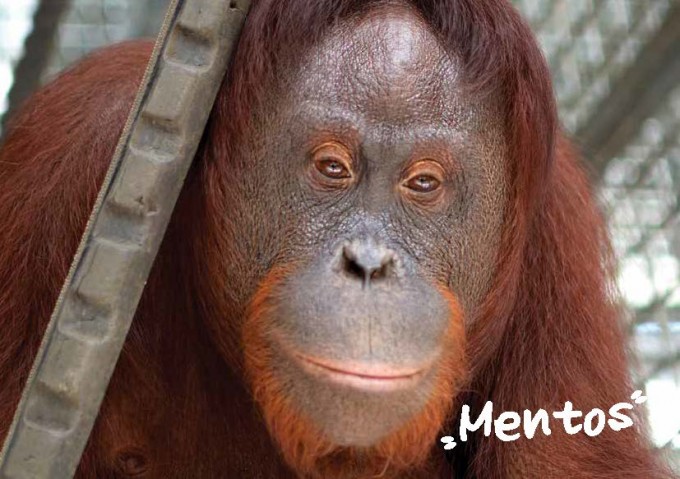 Use the PayPal button below!