BOSF: Seeing an Orangutan for the First Time 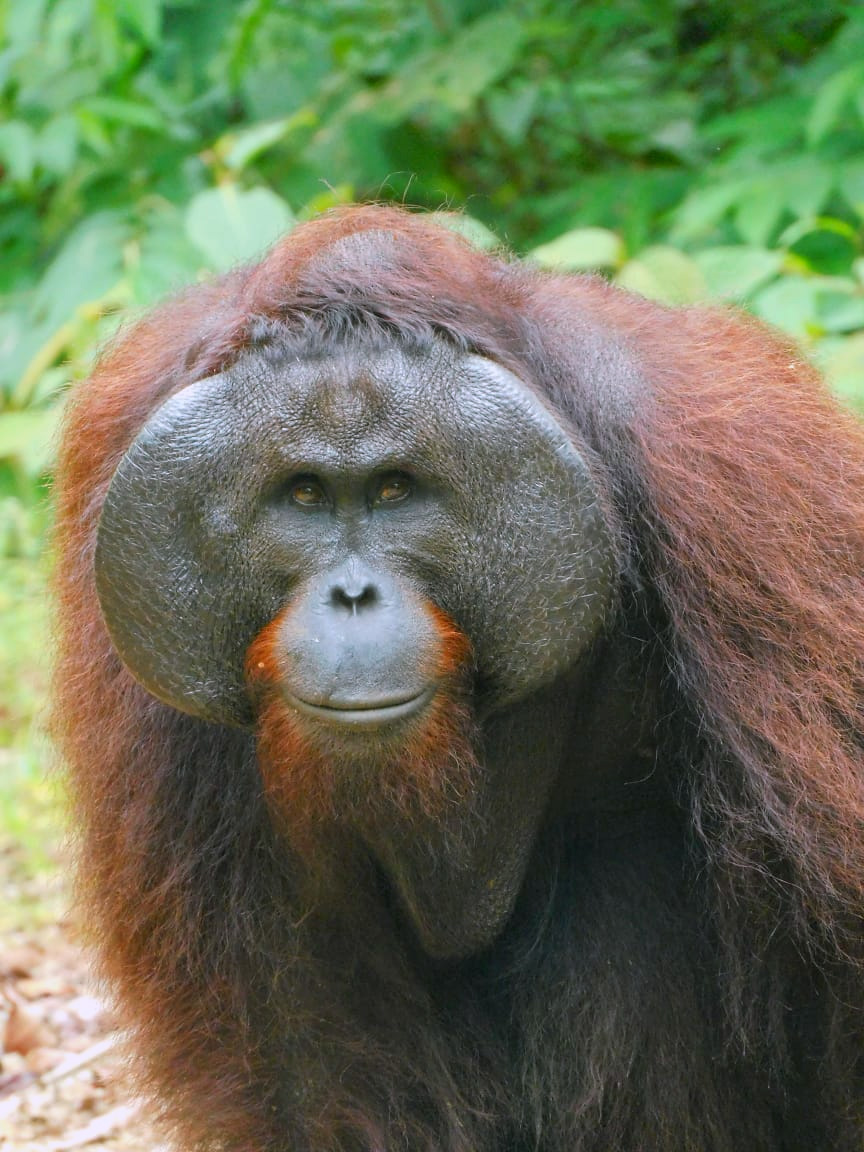 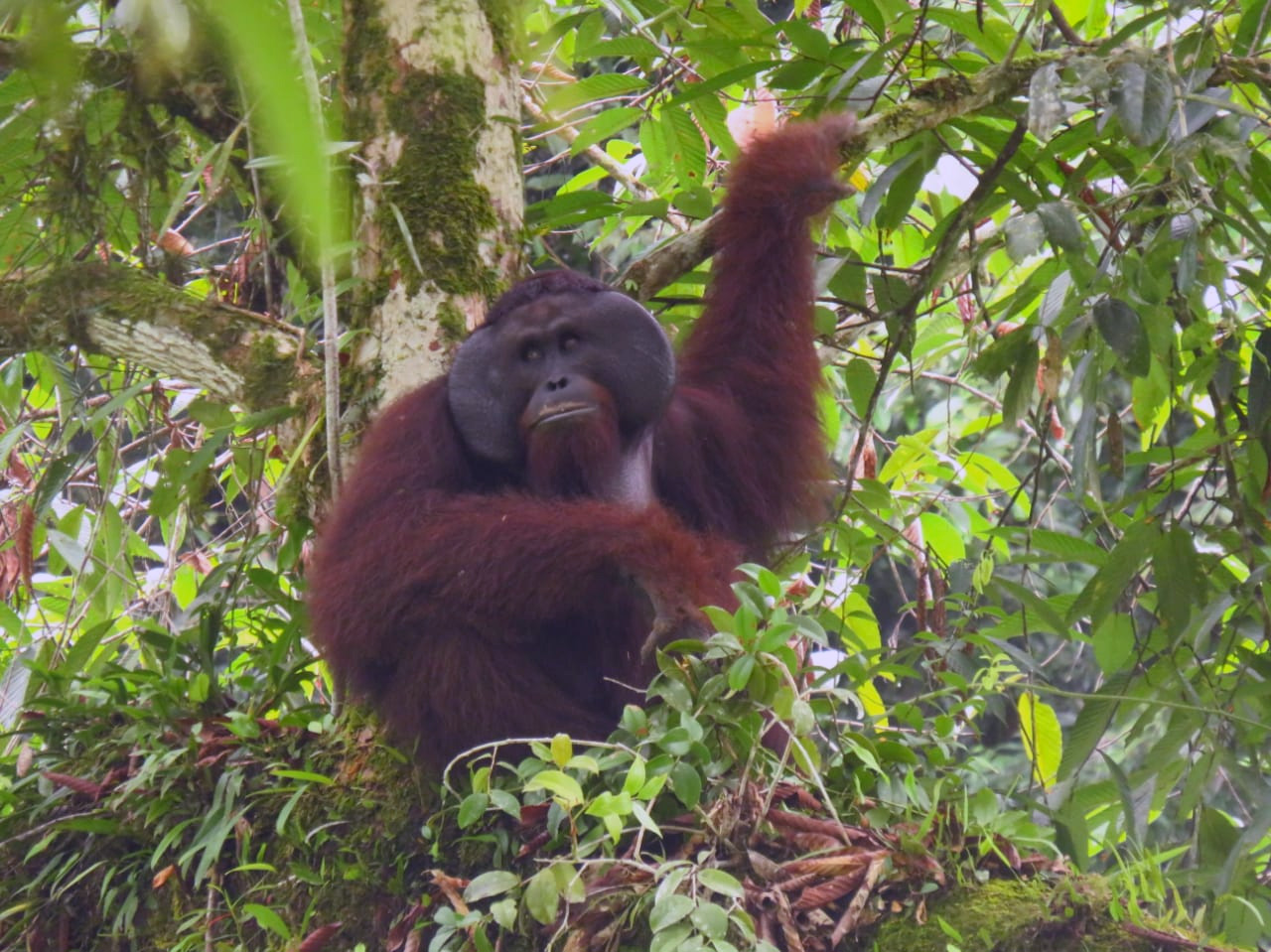 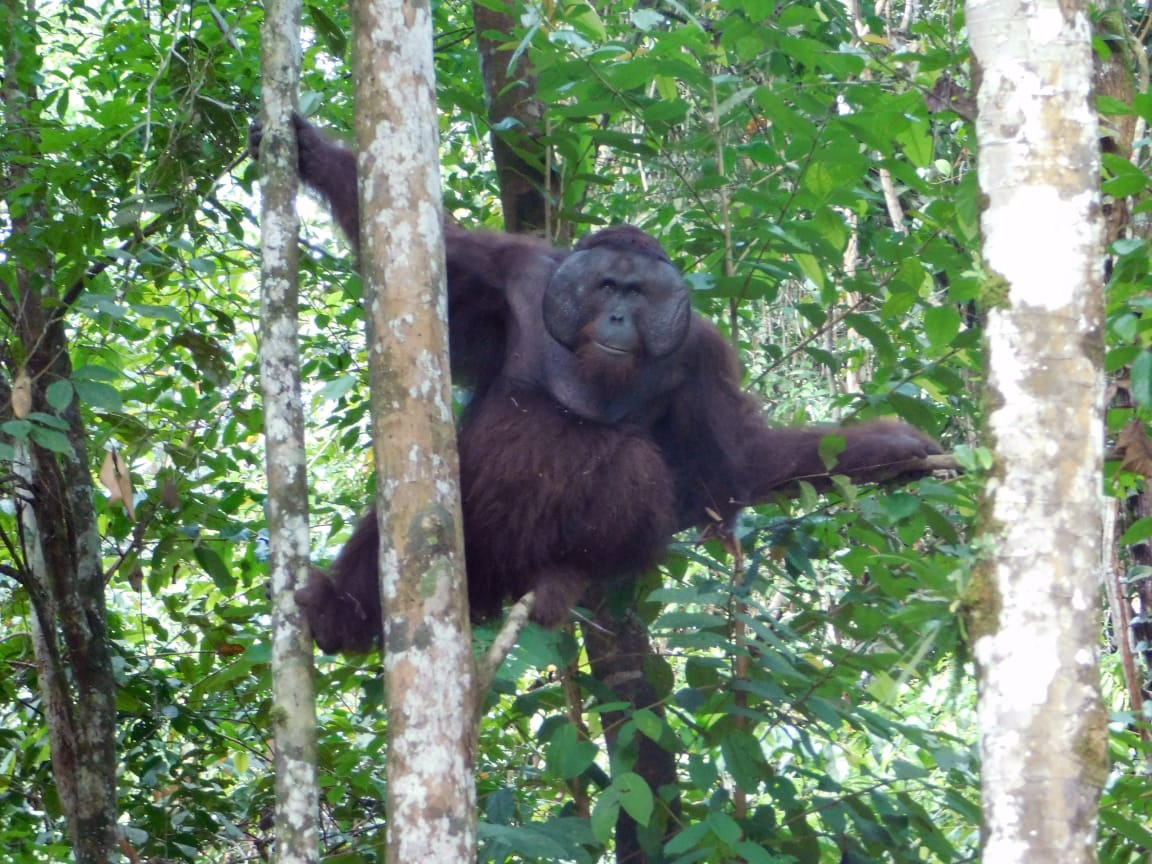 Do you recall our recent story about Ubay’s experience on Juq Kehje Swen Island in East Kalimantan, when he noticed similarities between humans and orangutans after observing Desi?

Read the story here: Learning the Ropes of Orangutan Conservation

Becoming a PRM team member requires physical strength and the right knowledge – and also a lot of patience! Ubay learned about patience the hard way. On his first patrol as a PRM team member, Ubay and his team hiked a long way through the thick jungle in search of orangutans, but were unable to find any. His bad luck continued as during Ubay’s first few weeks at the camp, he did not find a single orangutan to observe.

Finally, on his seventeenth day of working in the Kehje Sewen Forest, in early April, Ubay and his fellow patrol team members found Agus. One of the Kehje Sewen’s long-time residents, since his release in 2013, Agus is known to venture into the areas around camp. Ubay was thrilled to finally set eyes on this 22-year-old male orangutan.

That day, Agus was found wandering around the Tanjakan Peyesalan (Climb of Lament), an extremely steep, uphill climb stretching about 100-150 metres. The team was able to locate Agus from the traces of wild ginger (Etlingera sp.) he had left behind. He appeared to be in good health, indicating that he was thriving in the forest.

Seeing an orangutan for the first time with his own eyes, especially in the wild, was like an out of body experience for Ubay. Until this moment, Ubay had never seen an orangutan before in his life, even in a zoo or safari park. He did not expect that orangutans would be this large – seeing bulky Agus in the flesh was beyond Ubay’s imagination! Adult males can weigh well over 80 kilograms, and with their long arm span, can appear to be very intimidating. As Agus is known to be aggressive, Ubay and his fellow team members kept a safe distance during observations.

His first experience of observing a Critically Endangered orangutan in the forest left a deep impression on Ubay and has made him more determined to help preserve Asia’s only great ape species. Hopefully, these interesting experiences will continue to inspire all of our PRM team members and motivate them to keep working passionately to protect the forest and all of the orangutans within!