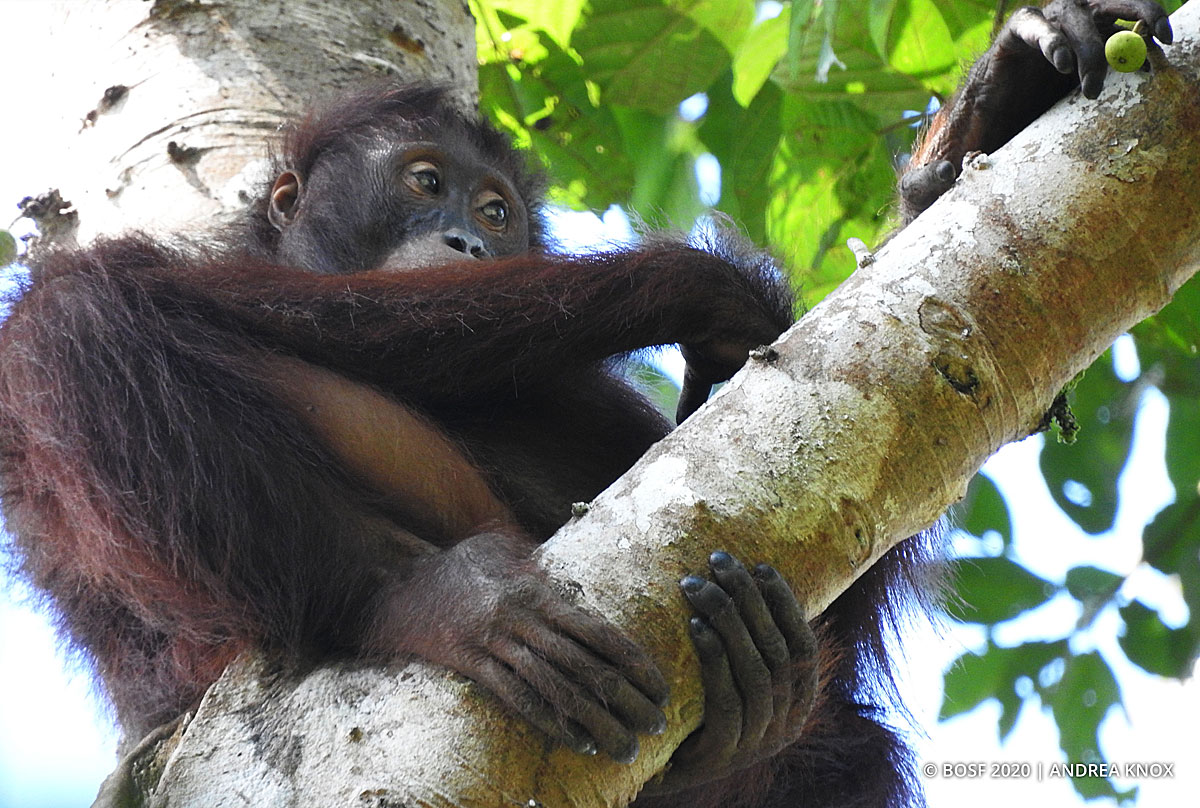 September 23, 2020 — On May 30, 2001 an 8-year-old orangutan entered the Nyaru Menteng Orangutan Rehabilitation Centre. She had been rescued from many years in captivity as an illicit pet in Jakarta and was only now returning to her home island of Borneo. Her name was Shelli. 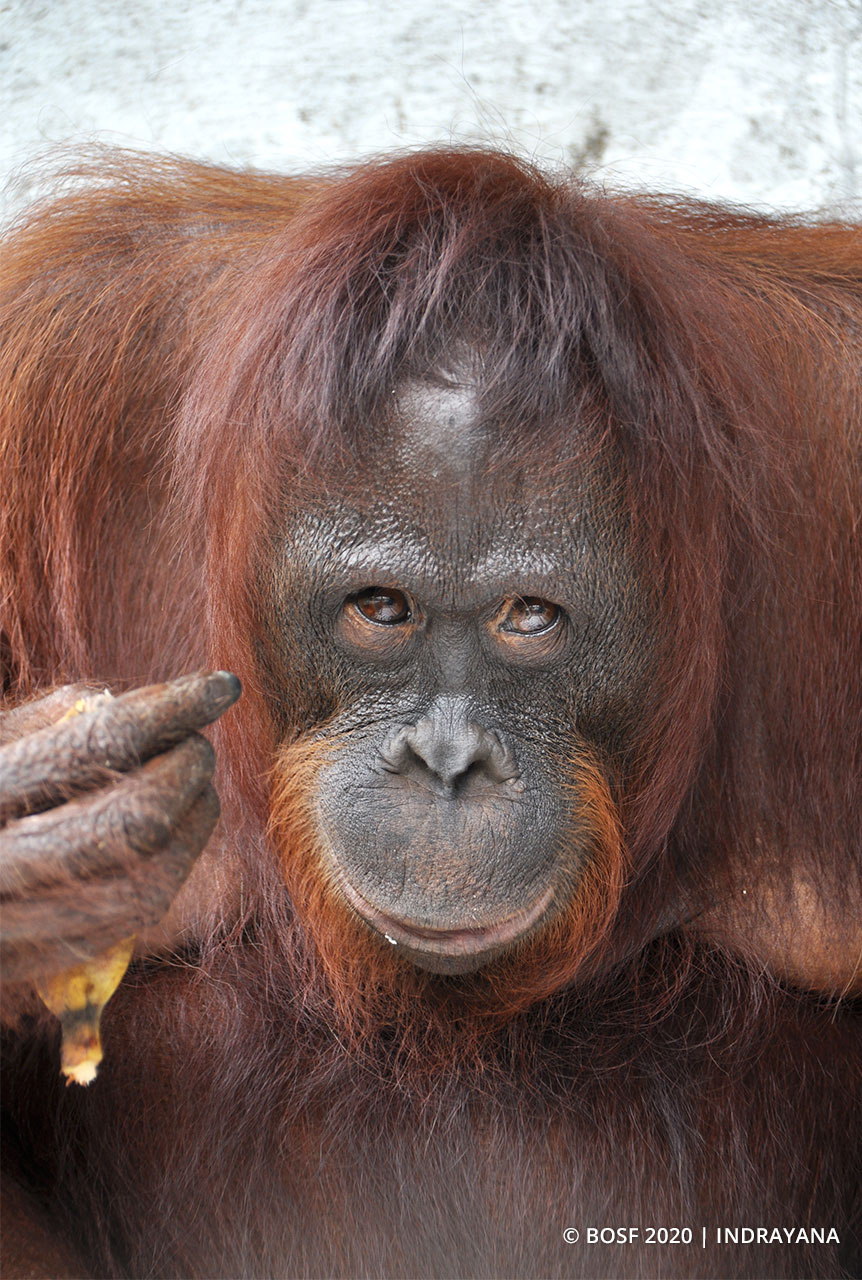 Despite losing all the years she would have spent in the wild learning from her mother to human cruelty, Shelli overcame the odds. She started out completely dependent on humans, but in only two years she graduated forest school and moved to a pre-release island to live semi-independently. It was during this time that, Shelli became pregnant and on August 29, 2005, she gave birth to her first daughter, Nobri.

Shelli was a phenomenal mother, raising Nobri to be a completely independent orangutan, who was ranging independently by 2010, when Shelli gave birth to yet another baby girl, Forest. As she was raised naturally by her own mother, Nobri had excellent survival skills and a strong dislike for humans. Her fierce independence worked against her however, when in 2013, she was selected as a release candidate alongside her mother Shelli and younger sister Forest. She was so wary and quick that the vet team found her impossible to tranquilize despite their countless efforts! They had no choice, but to give the opportunity to another orangutan and allow Nobri to continue her life on the island. 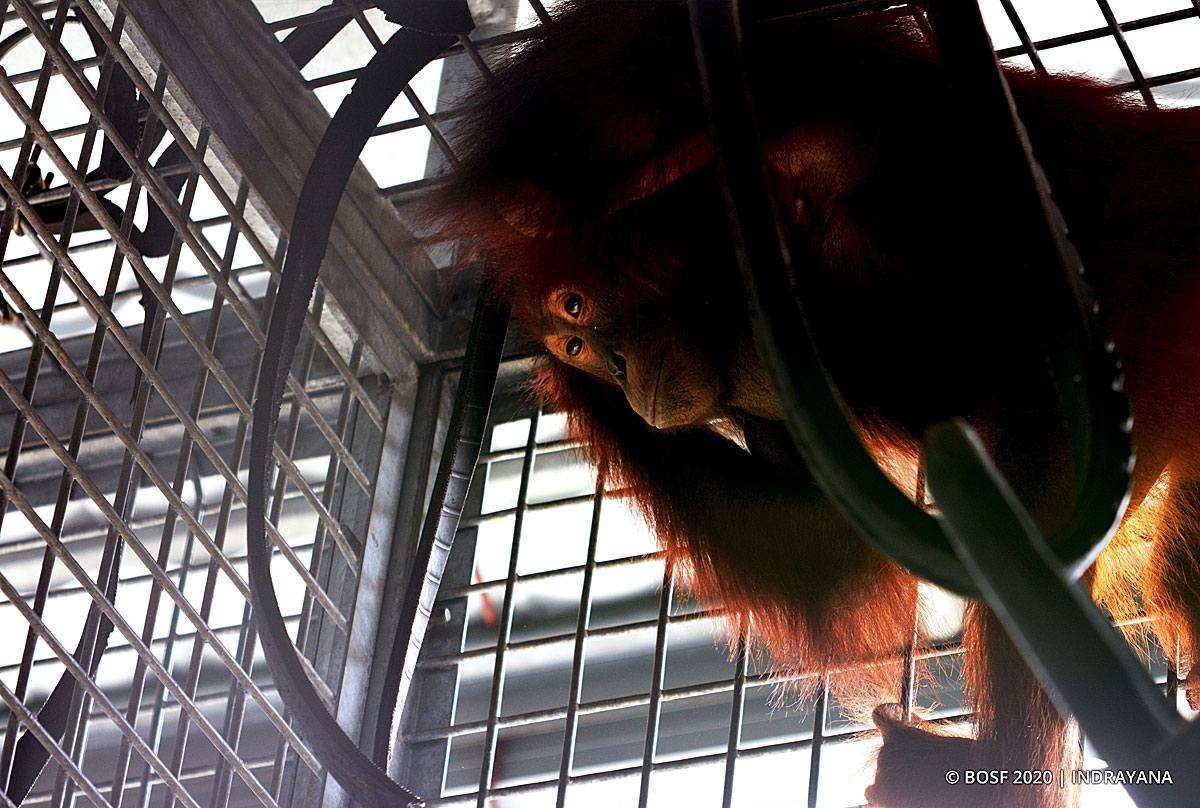 Nobri as a release candidate

In 2016, everything changed. While preparing candidates for the 12th release from Nyaru Menteng, the vet team spotted an unaware Nobri. They saw an opportunity and seized it. Three years after their initial plans, they were final able to sedate wild Nobri and on April 22, 2016 she was finally released into the Bukit Batikap Protection Forest (read more about the release here). 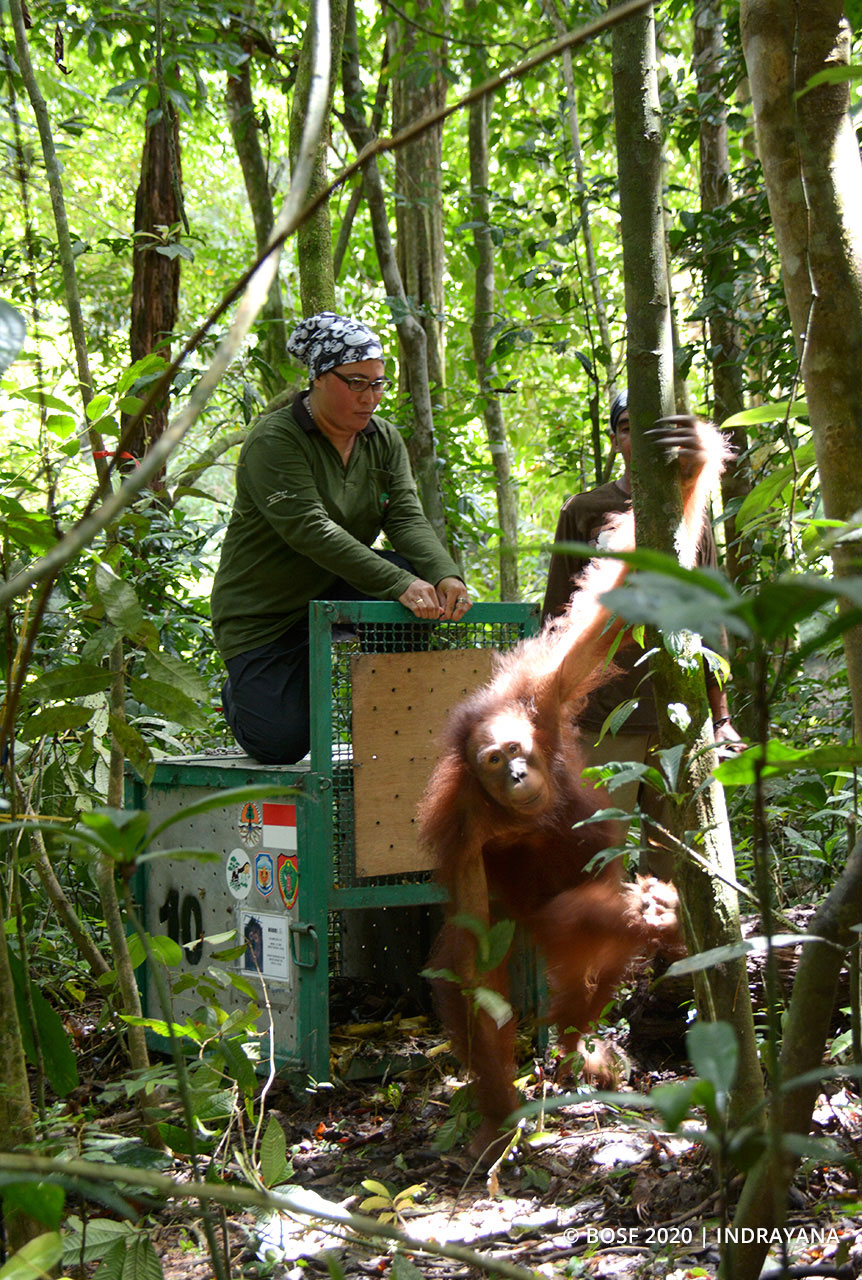 Immediately Nobri proved herself as a highly skilled wild orangutan. She constantly challenged the abilities of the Post-Release Monitoring team as well, keeping high in the trees, hiding from their vision, and erupting into a chorus of kiss-squeaks when they attempted to observe her (read more about it here). 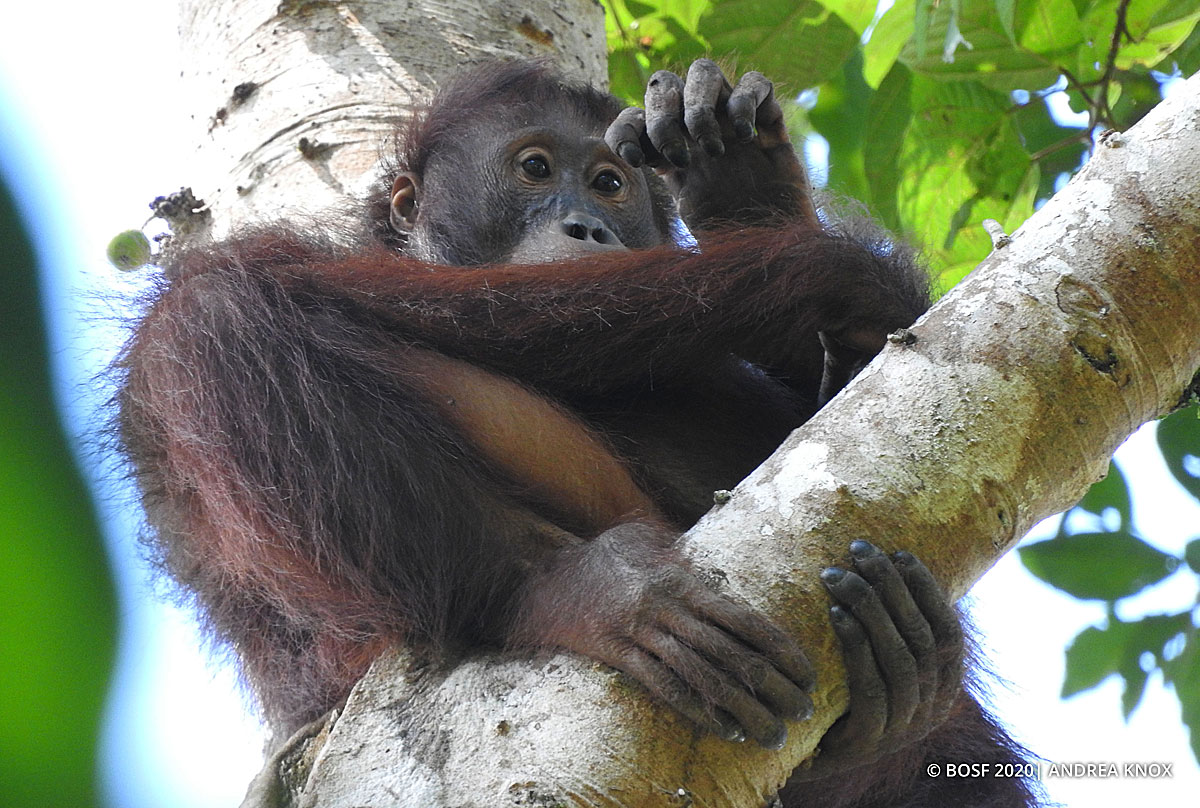 November 26, 2017 was the first time I ever encountered Nobri and discovered her wild and inspiring personality myself. It was on this day that we first noticed some abnormal swelling near her arm pits. Despite the strange swelling, her behaviour was completely normal so we noted it and decided the best path forward was just to observe.

Over the months, small swelling in her armpits turned into large bumps and her air sac started to balloon shortly after. The veterinarians diagnosed her with air sacculitis, a painful and potentially deadly disease, but despite this she showed the immensity of her strength, not once indicating she was in any pain. 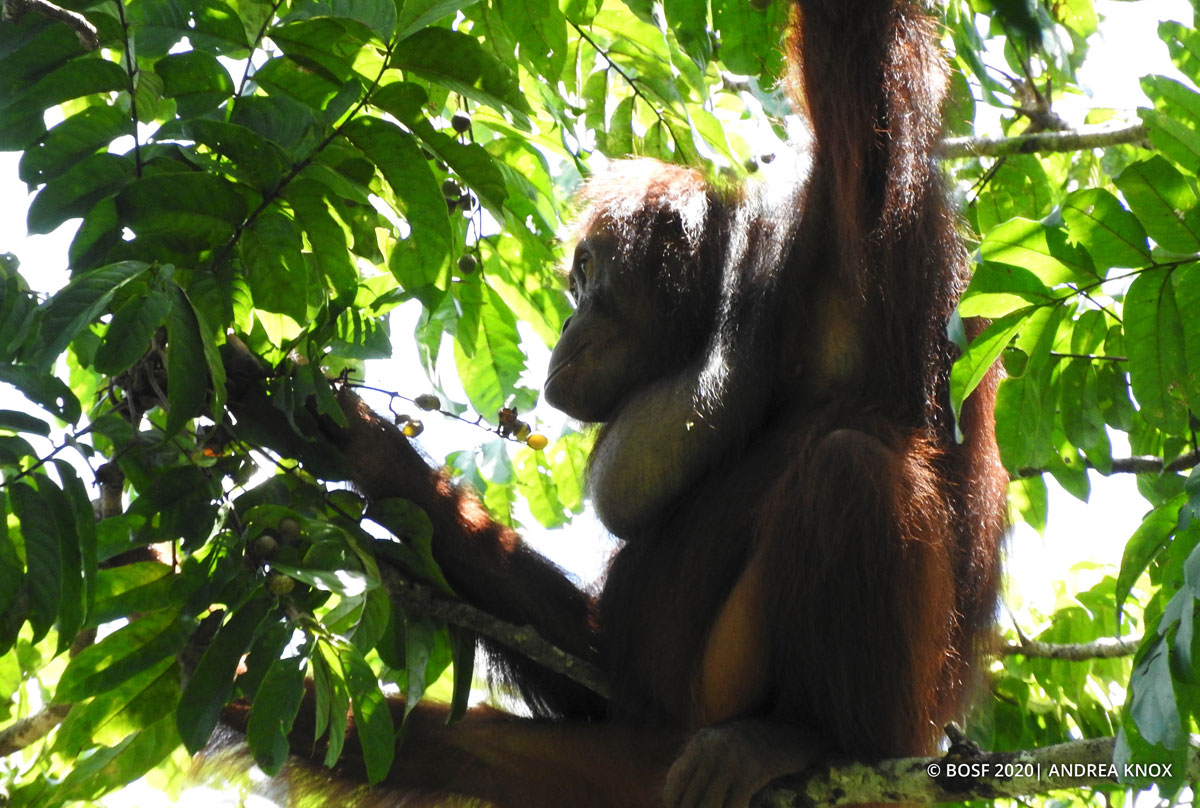 By late 2018, with her symptoms worsening we had no choice but to act. The best sedative dart sniper from Nyaru Menteng, Pak Sugi, accompanied Vet Greggy on the three-day journey to Batikap, where together they sedated Nobri and moved her into our care at camp. Treatment for air sacculitis took numerous surgeries and a long oral medication regime (read more about it here). 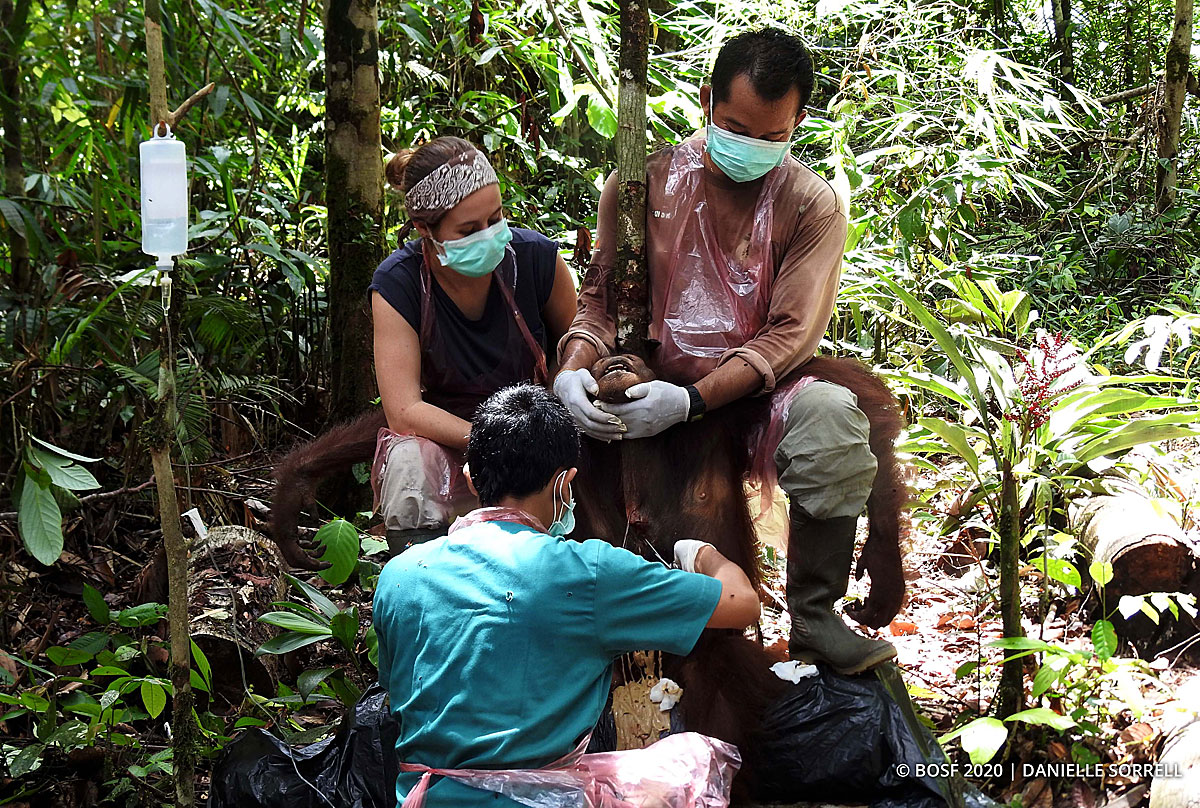 The first surgery on Nobri, performed by Vet Greggy, draining and flushing her air sac

We were thrilled when two and a half months later the veterinarian on duty finally deemed Nobri ready for re-release. Unfortunately, air sacculitis has a high rate of recurrence, but it appeared Nobri had beaten it this time around, so we could finally let her roam free, but with us checking on her regularly. So with the plan in place, Nobri was released again on January 27, 2019 (read more about it here). 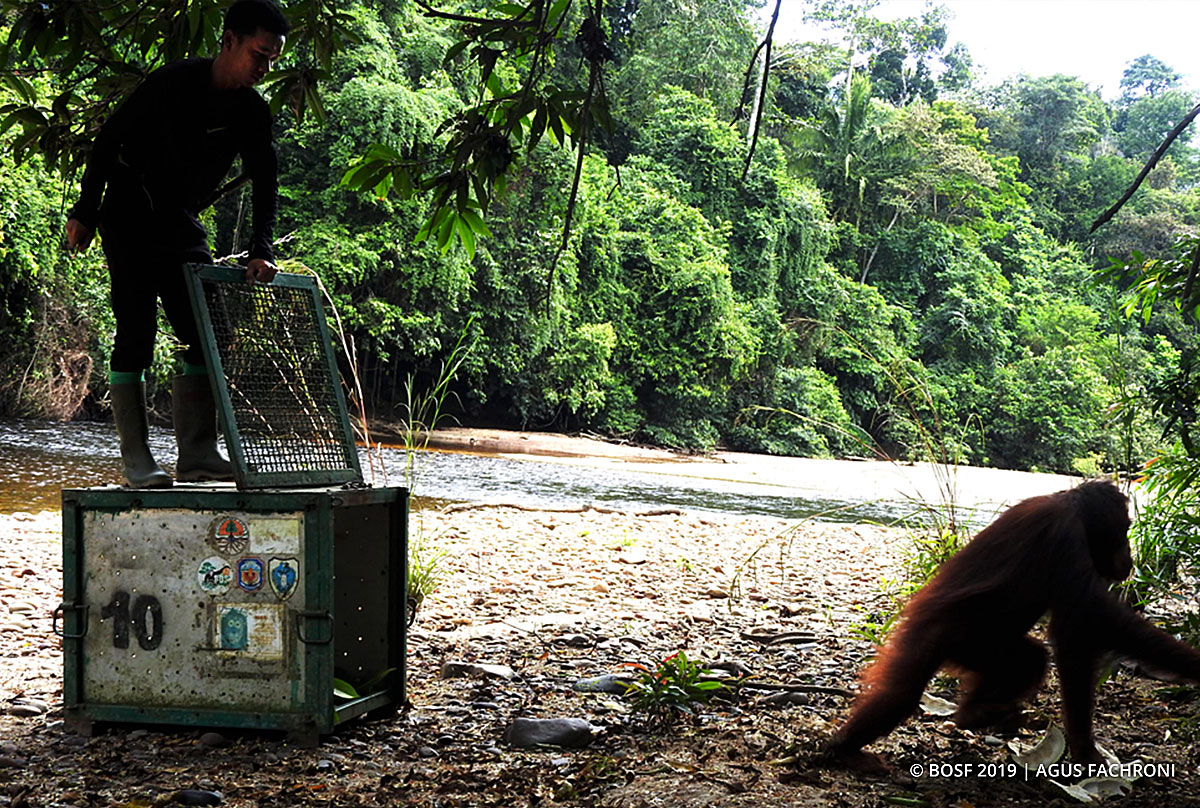 Following her return to the forest, the PRM team worked their hardest to check-in on Nobri, but with her wild nature she travelled deep into the forest, completely loosing her human observers for months. It was not until May that they finally found her again. And she was not happy about it.

She immediately kiss-squeaked at the team, shaking branches in their direction. However, they knew they had to persist and check on her. As they moved closer, their worst fears started to grow; there appeared to be some swelling in her air sac. Had her air sacculitis returned? At this point, they knew that they must keep a close eye on her, despite her objections. Nobri refused to be in human presence, however, and when the team returned to her location the following day she was already long gone…

As the months passed, the team grew worried. Despite their best efforts, all searches turned up in vain. It was six months later during what they thought would be another fruitless search, that their radiotelemetry equipment picked up a signal. It was Nobri’s! But it was also weak and far. One moment it was there, and the next it was gone.

The fear was undeniable. It was January 27, 2020, exactly one year since Nobri had been returned to the forest following her surgeries and air sacculitis treatment. The team was searching for her south of the Joloi River. Today, however, luck was on their side. Only metres from the riverbank they found what appeared to be two orangutans. They took a closer look. The first orangutan was Manggo and with her was her infant who was first sighted in 2019. The second orangutan was kiss-squeaking incessantly. It was Nobri! 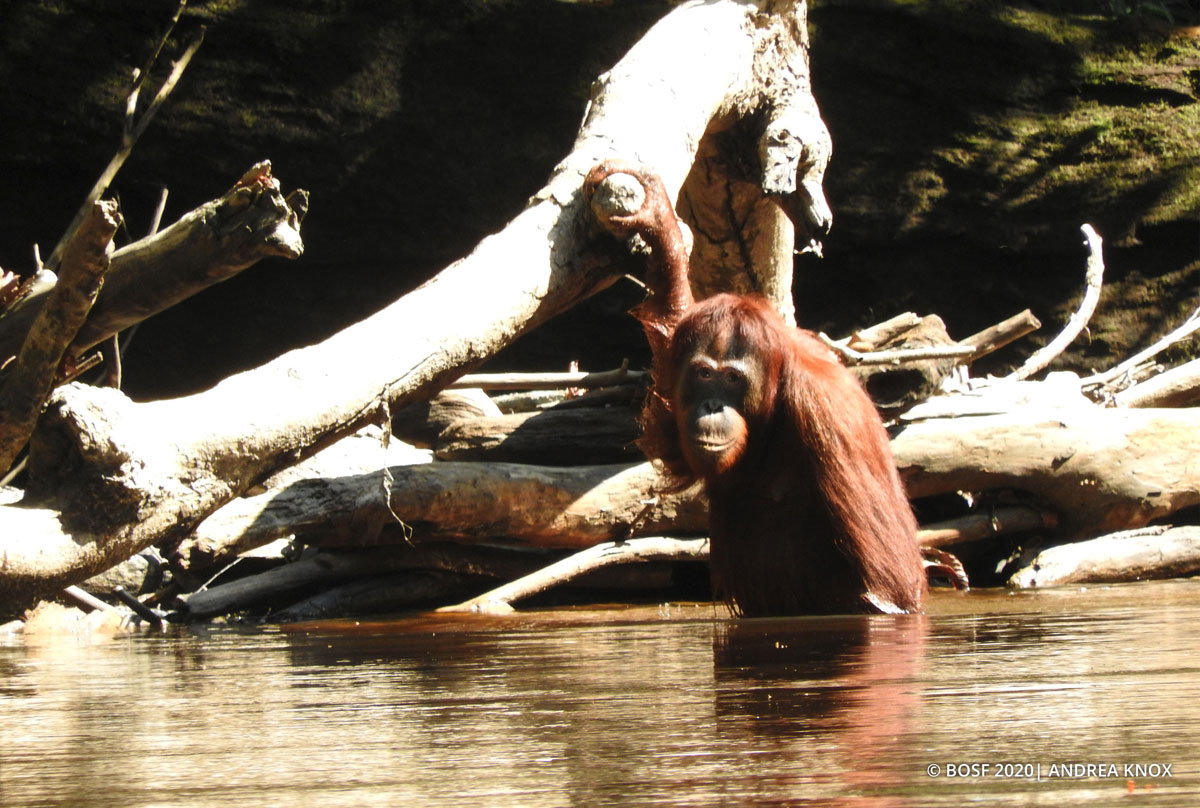 But not only Nobri. Nobri had a tiny new infant clinging to her!

With the discovery of Nobri’s infant, we had discovered the first wild birth of 2020 and another orangutan who was the 2nd generation born from the BOS Foundation rehabilitation program!

As a new mother, Nobri continued to stay as far as possible from humans. She spent much of her day in the upper canopy, hidden behind foliage, making it impossible for the team to take a photo of her or to even determine the sex of the child! We even delayed on making this exciting announcement, hoping for a photo, but to this very day Nobri has made that impossible! While we would love to share a photo with you of Nobri’s new child, we know this is simply the byproduct of Nobri’s wild nature and protective mothering, and we welcome it.

Nearly twenty years after the rescue of Shelli from the concrete jungle of Jakarta, her granddaughter was born free in a wild Bornean forest. This story, the story of Nobri, is indeed a long one, but serves as proof that there is always hope. No matter how insurmountable the obstacles may appear, if we provide a way, these resilient and awe-inspiring orangutans will find a way.

Congratulations Nobri, we could not be prouder.